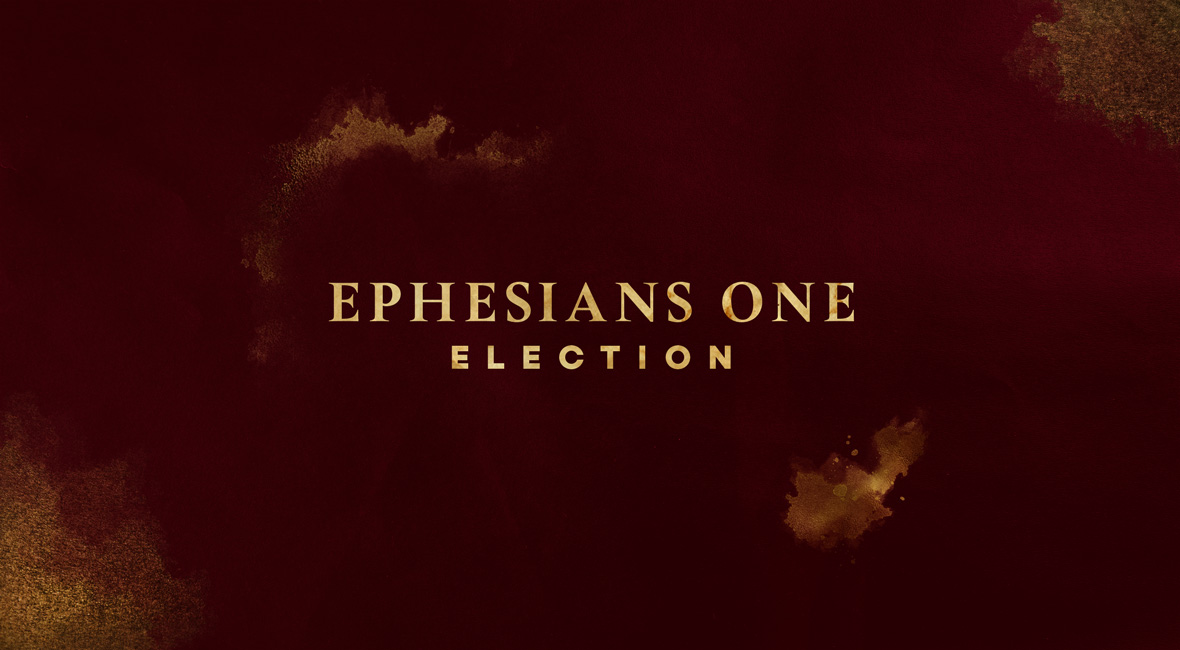 The first thing that we have to undo when approaching Ephesians 1 is our perception of ourselves. Since the Enlightenment, we have come to understand ourselves primarily as individuals. When I think about myself, I think of who I am as an individual – my desires, the things I enjoy or am good at, my sense of calling, my personal comfort – before I think of my place in a larger group – my family, church, community, and nation. This is called individualism, the belief that a person is a unique, autonomous individual who freely chooses to relate to others in various groups, relationships, or associations, and that these connections are only maintained by the will of that individual. This is fairly typical for people in Western cultures, but it was not the way that Jewish people in the 1st century thought. While they were able to differentiate themselves from those around them, their primary identity was communal, not personal. The most important thing for Paul – before he met Christ – was his Jewish identity, the fact that he belonged, whether he willed this relationship or not, to a unique, storied people in a specific place.

The most appropriate lens, I believe, to understand election in Ephesians 1 is not through individualism, or even communalism, but through headship, where one stands for the many, and where the many are found in the one. This is a far more biblical way of thinking than our modern individualism or a flattened communalism. We find the phrase “in Christ” all over the New Testament, and especially in Paul’s writing. In fact, we even find it in Ephesians 1:4. Headship is the way of understanding that a group of people are found in, or summed up by, or come under a single person: Christ is the head of the Church, and so all believers are “in Christ.” Similarly, the Jewish people are “in” Abraham, or their prophets are “in” Elijah, or their kings are “in” David. Headship allows for an individual (typically a great figure from the past) to symbolize or summarize an entire community, extending to that community the blessings bestowed upon that individual and imbuing that community with identity, without conflating the community into the individual. The Church is distinct from Christ, and yet connected to him in the most intimate way, deriving all of her blessings and benefits from him.

Paul’s life was deeply shaken by his encounter with the risen Jesus on the road to Damascus. He went from being a Jew who violently defended the borders of Judaism to a Jew who relinquished nearly everything to invite Gentiles into the people of God. But – and this is important – Paul never stopped being a Jew. In fact, his life became defined, in ways he never would have expected before Damascus, by the problem of Jewish-Gentile relations. While God called Paul to be the primary apostle to the Gentile world, he always confronted the people of that world with the truth of the Jewish Messiah. For Paul, God’s work in Jesus Christ was the fulfillment of, not the total separation from, the work he had been doing in and through Israel up through the time of Jesus.

When Paul uses words like choose, predestined, and adoption, he is writing from a strictly Jewish context. These are, after all, deeply Jewish concepts. The Jewish people were God’s chosen people, not because he had arbitrarily elected a collection of individuals, but because he had chosen Abraham. They were a chosen people because they were the descendants of Abraham and Sarah’s miraculous union. Election, therefore, begins with Abraham. If we try to understand election apart from Abraham, we will fail to understand it biblically. God chose Abraham, calling him away from his people, to become a great nation whose destiny was to bless all the nations of the earth. Abraham was elected by God to become Israel, and Israel was predestined by God to bless all the nations of the earth.

In fact, with just a little substitution, Ephesians 1:4-5 could be rewritten to reflect Paul’s pre-Damascus understanding. “For God chose us in [Abraham] before the creation of the world to be holy and blameless in his sight. In love he predestined us to sonship through [Abraham], in accordance with his pleasure and will.” This is a perfectly biblical summary of God’s relationship with Israel, and it in no way implies that God elected individual Hebrews. Rather, the blessing and benefits of God’s election of Abraham are passed onto the Jewish people because he is, quite literally, their head. God’s election of Abraham became his election of Israel precisely because Abraham became Israel! Abrahamic election is, therefore, election by blood.

Paul understood himself to be a part of a chosen people, not a chosen person who was part of a people. Paul’s chosen-ness was rooted in his identification with Abraham, and could not be separated from that without some radical new revelation from God, which, as we know, is what he received on that Damascus road. What Paul learned in that vision, and through subsequent years of prayer and reflection, was not that God had elected him for salvation as an individual first to later be arbitrarily joined to a group of likewise elected individuals. No, what God revealed to Paul was that his election was no longer rooted in Abraham; that now his election was in Jesus Christ. In other words, Jesus has replaced Abraham as the head of biblical election. Biblical election is not by blood, but by faith.

Biblical election is not by blood, but by faith.

Notice the language that Paul uses in Ephesians 1:4-5. For he [God the Father] chose us in him [Jesus Christ]. God chose us not in some arbitrary divine vacuum, but in Jesus, his one and only son. Not only that, but in love he [God the Father] predestined us for adoption to sonship through Jesus Christ. All of Paul’s language about election, predestination, and adoption is contingent upon Jesus Christ. In Jesus. Through Jesus. The election that Paul experienced as a Jew through Abraham is now perfected, brought to completion, through the Jewish Messiah, Jesus, the Son of God. Jesus has fulfilled the election of Abraham and the predestination of Israel by being the Israel that human Israel could never be, and therefore becoming the blessing to the nations that they were destined to become.

Therefore, because the chosen-ness of God’s people is now dependent upon Jesus and not Abraham, and because Jesus has become the ultimate blessing to the nations through his death and resurrection, the nations are now free to become part of the chosen people of God. The doors of God’s household have been thrown open by the blood of Jesus so that the blood of Abraham is no longer a precondition of election. Paul isn’t inviting Gentiles into a new group of people, but into a preexisting family, founded in Abraham, completed (and renewed) in Jesus. We enter now, not through the rites of conversion to Judaism, but through faith in Jesus Christ. Biblical election is not by blood or by arbitrary divine choice, but through faith in the Elect One who is the head of all who are “in” him.

So when we go back to Ephesians 1:4-5, we can say that God chose us because God chose our head, his Son Jesus, before the creation of the world. He chose us because we believe in, have sworn allegiance to, and faithfully follow the One whom he has chosen. And his choice for us is to be who Jesus is – holy and blameless. The benefits of God’s choice of Jesus are extended to all of us who place are trust in Jesus. Paul said it best when referring to the Gentile believers in Ephesus in verse 13: “And you also were included in Christ when you heard the message of truth, the gospel of your salvation. When you believed, you were marked in him with a seal, the promised Holy Spirit.”

Once we remove our individualism from the text, there is absolutely nothing here that says God elects certain individuals by his own choice – apart from and prior to their faith – to be saved. Election is rooted in Abraham, but it has now been fulfilled by Jesus, so that its essence is not by blood (meaning genealogical descent) but by faith. Election by faith in Jesus is therefore the culmination of God’s redemptive purposes for Israel, to be the vehicle through whom God blesses the nations, because now all may freely enter into God’s family through the door who is Jesus Christ.