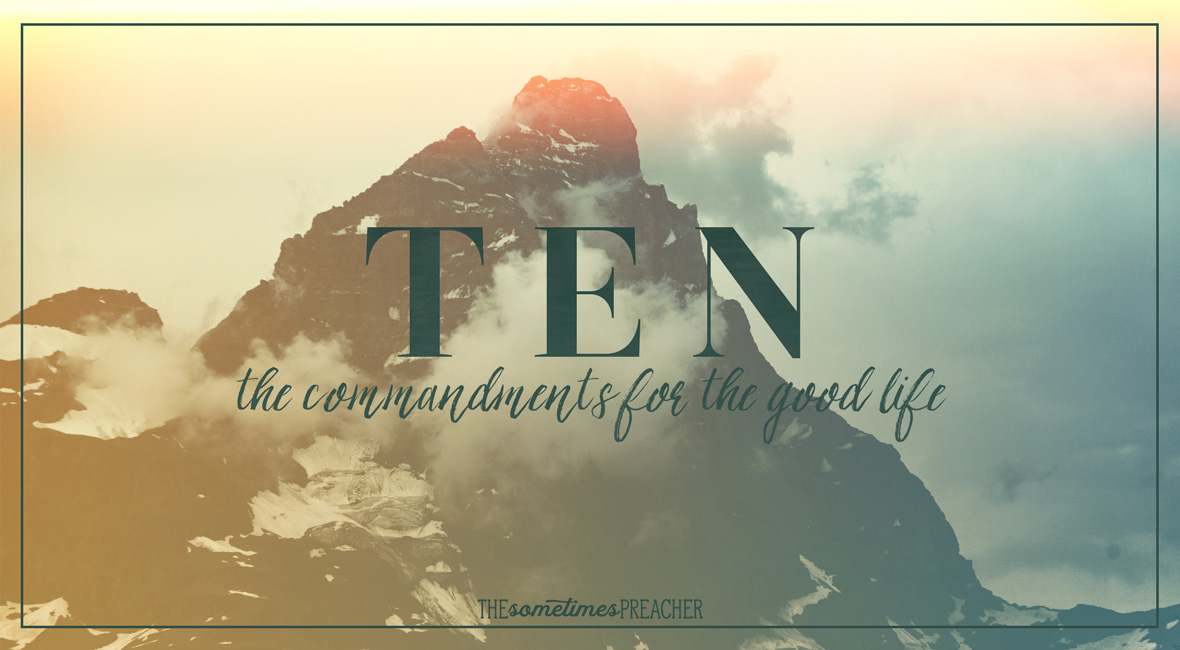 “I am the Lord your God, who brought you out of Egypt, out of the land of slavery.”

The Ten Commandments begin with a reminder of the relationship history between YHWH and Israel. At this point in the story, God had just brought them out of Egypt and they had not yet taken possession of the Promised Land, so the history is short. Yet, one thing is certain: He is their God. He belongs to Israel and Israel belongs to him.

This exclusivity is essential to their relationship. He is their only God, the only deity who brought them out of Egypt. He did not cooperate with, or rely upon, any other gods to perform these miracles, and therefore he has an exclusive claim upon the lives of the Israelites. But he is also, at the time the Ten Commandments were given, only the God of Israel. He is not yet the God of Egypt, Canaan, or any other land. The Exodus event is the moment that YHWH appeared on the scene, so he was not yet known among the nations. The Israelites are his only people, the only nation that has even heard of YHWH. This exclusivity creates a sense of intimacy between God and Israel, and this intimate relationship is the foundation upon which the Ten Commandments are built.

In a sense, God gave birth to Israel when he brought the people out of Egypt. They were slaves in that land, subject to the cruel whims of Pharaoh, treated as sub-human animals. Their masters had no regard for their well-being. They were oppressed and maligned, and cried out to God in the midst of their anguish. God heard their cries and, through Moses and Aaron, came to their rescue. He brought them out of Egypt with many signs and wonders, and brought down great violence upon the heads of their oppressors, ultimately destroying Pharoah’s army in the collapse of the Red Sea. He set the Israelites free from their enslavement by waging war against Egypt and her gods. YHWH freed Israel in a victory that they would never forget, birthing them in the blood of Egypt and the water of the Red Sea.

God’s self-sacrificing love, not our own goodness or effort, is the basis of our relationship with him.

In the same way, God has now birthed a people through the blood and water that flowed from the pierced side of Jesus Christ. At the cross, YHWH waged war against the powers and gods of this world, ultimately defeating them in the resurrection of Christ. Because of God’s victory, we now have the forgiveness of sins through the blood of Christ, and we are made new in the waters of baptism. We become the people of God because he loves us. We know that he loves us because of what he has done for us. His self-sacrificing love, not our own goodness or effort, is the basis of our relationship with him. We are, first and foremost, loved by God.

Upon the foundation of this love relationship is built the law of Christ. God’s commands – all of them, but especially the Ten Commandments – are not the means by which we can earn his love for us, but rather the evidence that he already loves us enough to show us how to live life according to his design. He does not leave us guessing. He does not leave us on our own to figure out how to live in a world that is often cruel, heartless, and dangerous. He has shown us the way. Obedience, then, is how we demonstrate that we love and trust God. We obey, not to be loved, but because we are loved and love in return. Let us, then, obey all that God has commanded to the best of our ability, and rely upon his grace, mercy, and presence when we reach the end of that ability.

For more on this, check out Dean Fulks’ sermon from October 3, 2021 at Lifepoint Church in Lewis Center, OH.