Do Not Misuse the Name of God: Commandment 3 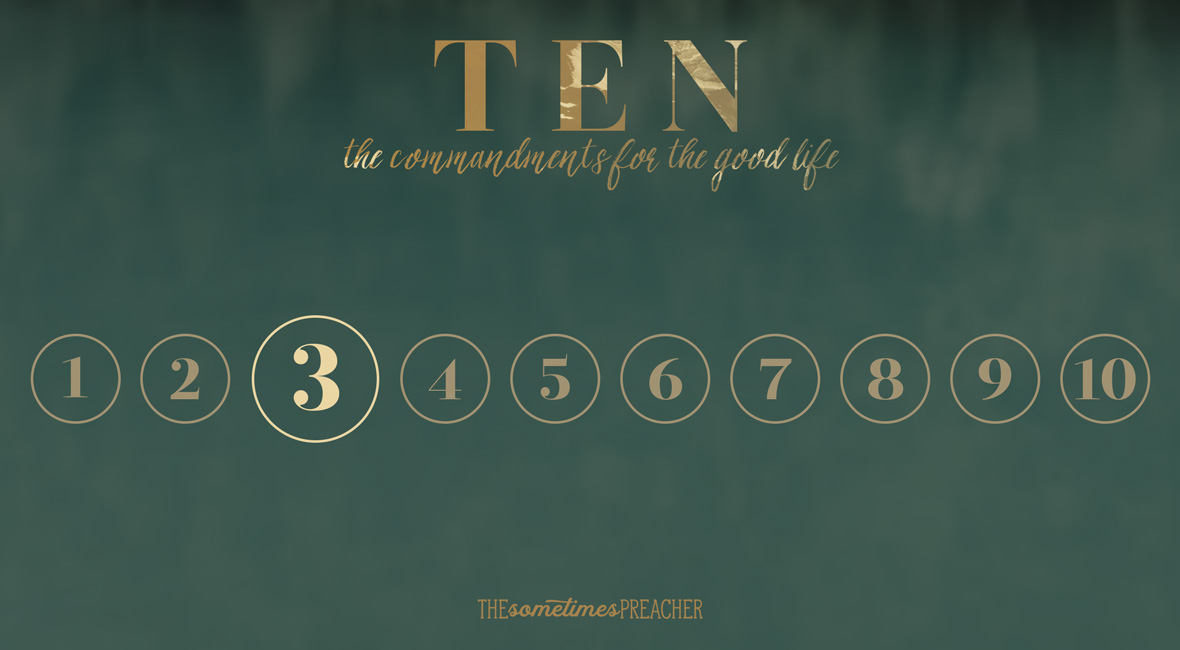 “You shall not misuse the name of the Lord your God, for the Lord will not hold anyone guiltless who misuses his name.”

In one of the most profound moments in history, God revealed his name to Moses at the burning bush. “When people ask for your name, what shall I tell them,” a frightened Moses asked the voice in the fiery tree. The shockwaves of God’s response can still be felt today. “I am,” God replied. His name is I am. (The English transliteration of the Hebrew text is YHWH, or Yahweh with the vowels added.) The depths of God’s name cannot be plumbed by volumes of writings, so we must content ourselves to say that his name is a reflection of his character.

The New Testament expands our understanding of God by introducing us to God’s Son, whose name is Jesus. His name means “God saves,” and he saves everyone who calls out his name in faith. The first followers of Jesus have left us a testimony that his name is powerful and unique, and so we should treat the name of Jesus with the same respect that we should treat the name of YHWH. For Christians, then, this commandment applies to both the names YHWH and Jesus. We should not misuse either name.

There are several different ways to misuse the name of God. The first is to neglect his name. Out of pious respect, some people refuse to say the name YHWH at all, using other words to refer to God instead of the name he revealed to Moses. While this is well-intentioned and ensures that God’s name is not taken in vain, we must also remember that the Lord has willingly revealed his name to us. When someone tells you their name, they expect you to use it. We should not neglect the name YHWH, lest we forget the profundity of it. In the same way, we should not neglect the name of Jesus. We cannot let ourselves be cowed into silence and refuse to testify about what God has done for us in Christ. Neither should we be ashamed of the name of Jesus. What, after all, is there to be ashamed of? How can we be ashamed of the one who has given everything for us?

God’s name is a reflection of his character.

The second way that we might misuse the name of God is to profane it, or to use it as profanity. Of course, this is far more common with the name of Jesus, which for some has become nothing more than a cuss word. Let it never be so among the people of God! Demons quake at the name of Jesus. How can we speak it in so powerless and profane a way? The name of God is holy because he is holy. When we speak of God, let it be with reverence and love, not with common contempt.

The third way that we might misuse the name of YHWH is to exploit it for personal gain. We might pray selfish prayers “in Jesus’ name” and expect that we will receive what we ask for. More wickedly, some may use the names YHWH and Jesus in spells or incantations. They are condemned by their own dark deeds. The name of God is powerful, but it is not a magic word that, if used in a specific way or spoken at the right time, will grant us our wishes. The name of God belongs to God and has been revealed to us as an act of immense grace. It is not ours to do with as we please.

We should revere the name of God, but we should not avoid it. Speak his name with respect and awe and love to your friends and family. Do not be ashamed or afraid to say his name. There is power in it – the power of his goodness and love to transform the life of the person who hears it. Testify to what God has done in you and for you and boldly speak his name.