It’s been a really cold winter here in central Ohio. My wife and I have been wanting to get the kids out into the snow, but it’s just been too bitter for them to stay out for any extended period of time, and most of the snow we’ve gotten has been accompanied by a very large amount of ice. But today the weather is nice, and we’ve got a shade more than a dusting of snow on the ground, so I took the older two out for a snowball fight after lunch. 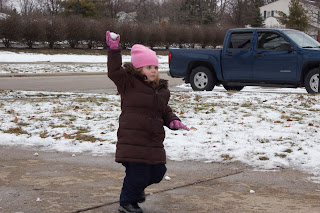 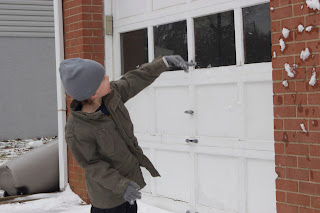 They especially enjoyed throwing snowballs at the house…and daddy. I told them daddy was off limits once I got the camera out. 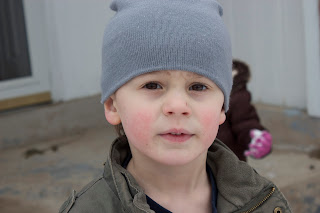 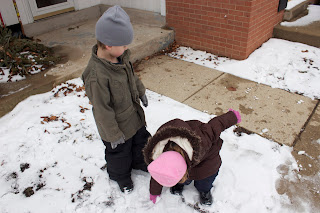 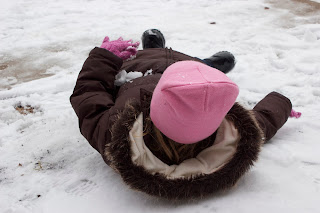 We had a lot of fun, and the snow was perfect for making snowballs. If only we had gotten a few more inches of snow, we could have made the greatest snow fort ever! 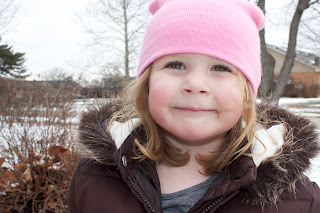 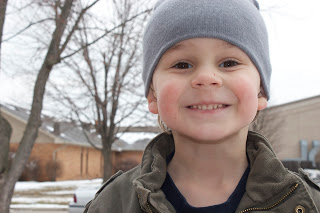 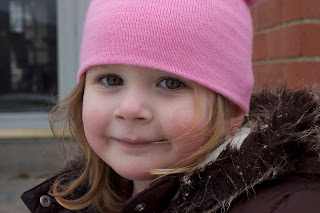 Check out this video I shot of Cyrus terrorizing his sister. (Don’t worry, Eisley got in plenty of good hits of her own.)