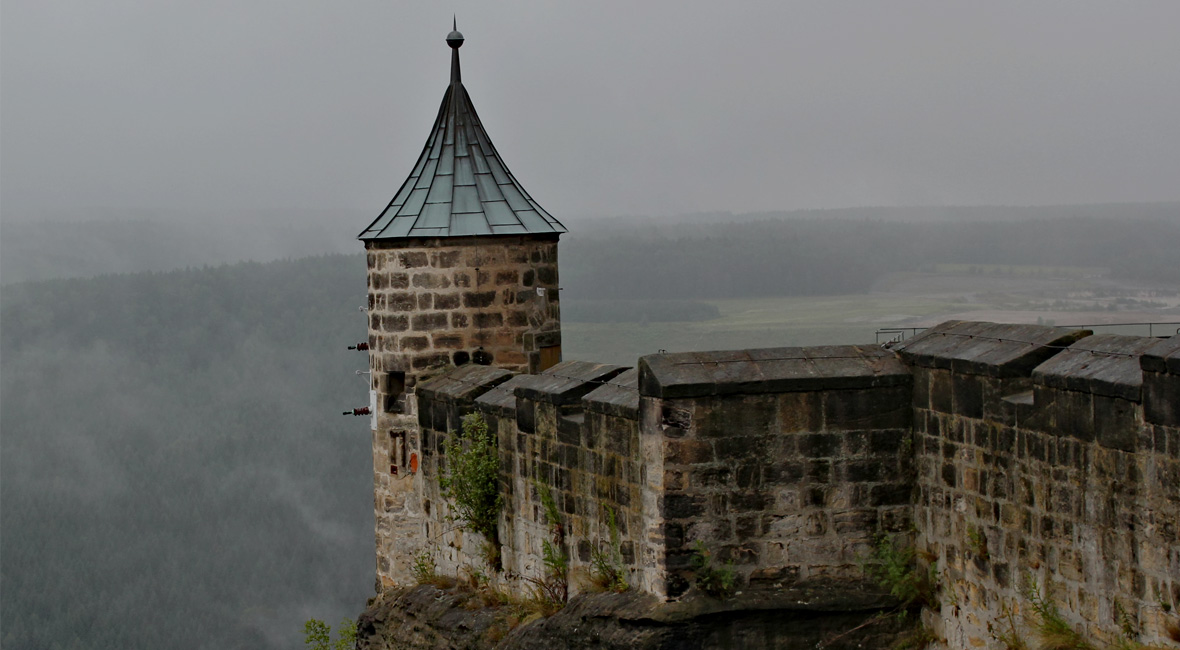 What Is a Spiritual Stronghold?

Today, we find ourselves in a spiritual battle that is being played out both in and for our hearts, minds, and souls. This battle has dimensions that are both personal and public. In other words, there are things that you struggle with personally because of the efforts of these evil spiritual beings, and there are also large-scale, culture-wide attacks that all of us are subject to, sometimes without even realizing it. This is where the idea of a spiritual stronghold comes in. As my pastor Andy Sieberhagen said in a sermon recently, a spiritual stronghold is anything that sets itself up against the knowledge of God. Look at the apostle Paul’s words below:

For though we live in the world, we do not wage war as the world does. The weapons we fight with are not the weapons of the world. On the contrary, they have divine power to demolish strongholds. We demolish arguments and every pretension that sets itself up against the knowledge of God, and we take captive every thought to make it obedient to Christ.
-2 Corinthians 10:3-5

For the individual, a spiritual stronghold is a mental or emotional space controlled by our spiritual enemy, and he uses it as a staging area to wage war against God in the rest of your being. The stronghold is a fortress built on lies — lies that you have believed for a long time, and therefore have taken root in your soul. Here’s a hypothetical example. As a child, you were told by an authority figure (maybe even one of your parents) that you were worthless. This is a lie, but because of who it came from, it felt like the truth and you believed it. In fact, you still believe it well into adulthood. Though this lie came from the lips of a human, the devil will use it over and over at key points in your life. If you believe this lie, you will bring it and all the chaos that comes with it, into your career, marriage, parenting, and other relationships. God wants you to know that he loves you, and that he sent his Son into the world to die for your sins and bring you into his family. But you reject this truth because it’s impossible for you to believe that you have any worth at all, much less that you could be worthy of such great love. The lie is the foundation of the stronghold.

A spiritual stronghold is a public idea, social belief, or cultural practice that opposes God.

For the culture, a spiritual stronghold is a public idea, social belief, or cultural practice that opposes God. It is a broadly-accepted lie, or a way of life that is contrary to the way of God. As with the individual, it is also rooted in deception, but in a way it is more dangerous because these cultural strongholds often go unexamined and unopposed. They are simply part of the air we breathe. To my eyes, the spiritual stronghold from which the devil wages war against Americans and God’s work in America is the belief that the individual is the basic unit of society. We have come to believe that truth is located in the inner being of each individual, and that every person is an autonomous and sovereign will who owes nothing to the people from which he was born and the culture by which he was raised except the debt of becoming his most authentic self. As O. Carter Snead says in his excellent book What It Means to be Human, “This self is not defined by its attachments or network of relations, but rather by its capacity to choose a future pathway that is revealed by the investigation of its own inner depths of sentiment.” (86) He is not being complimentary of this perspective.

I find this lie present everywhere in our society, from children’s movies to political movements. As far as I can tell, there really is no difference between the far left and the far right. They both believe the same things, just in different contexts. The same is true for all of us. We all believe in the autonomy of the individual. We all believe that we are self-made people, beholden to no one and no community. We have no commitments except those that we make willfully, and even these we abandon as soon as we feel like it. This is the default position of all Americans, and it is a spiritual stronghold of Satan in our culture.

How to Identify a Stronghold

One way that we can identify a spiritual stronghold in society or in others is the flight from reason. When people become unreasonable or irrational over a subject, it could be because a lie is the foundation of the belief or behavior in question. (It could also be because they are just being unreasonable or irrational!) Have you ever had a conversation with someone about an important topic and you felt like you were in the middle of a chaotic verbal whirlwind? Nothing they said made sense. Their language was filled with speculation, conspiracy, heightened emotion, or defensiveness. Or, more importantly, they suddenly become hypocritical or unprincipled, and justify abhorrent behavior that they would quickly condemn in any other situation. (What does that sound like? Oh yeah, American politics.) It’s very likely that, in moments like these, you are confronting a genuine position of Satanic power in the culture or in that person’s life.

Strongholds are revealed when we encounter, within ourselves, the flight from accountability.

But what about strongholds in our own lives? These are revealed when we encounter, within ourselves, the flight from accountability. “It’s okay for me to drink this whole bottle of wine because momma’s had a hard day.” “So what if I yell at my kids? My parents yelled at me all the time, and I turned out okay.” “Porn isn’t a big deal. Everybody does it, and it doesn’t hurt anyone.” We can refuse to hold ourselves accountable in many ways: We can dismiss our sinful actions as trivial. We can justify our actions in some irrational way. Or we can just flat out ignore the conviction and consequences. We provide cover for the lies that the devil uses to destroy us by refusing to hold ourselves accountable for the sinful and selfish actions that belief in those lies causes us to commit. Where are you refusing to hold yourself accountable? What sinful and selfish actions do you justify or ignore? That’s where your stronghold is.

How to Defeat a Spiritual Stronghold

The most important weapon you have to tear down a spiritual stronghold, whether it is public or personal, is obedience to Christ. What is this spiritual war really about? It’s about obeying God. The devil and the dark spiritual powers don’t want you to obey Jesus, but God does. Obedience has a way of freeing us from the bonds of sin and deception, of bringing us over from darkness to light. God wants us to be free, strong, courageous, wise, and faithful. What he has planned for his victorious people is more than we could ever imagine, and obedience is the key to our victory.

Obedience is the key to our victory.

If Satanic strongholds are built on lies, then we desperately need to know the truth. God’s word is the greatest source of truth we have in this life, and it’s our responsibility as followers of Jesus to read it, learn it, know it, and live it. We may not always interpret it correctly, so that means we have to be humble about what we believe the Bible teaches, but we also can’t let that be an obstacle from knowing the Scriptures. The truth of God is our greatest offensive weapon against the lies of the world and the dark spiritual powers.

Finally, we need to learn to run with the Holy Spirit. God is with us on this battlefield. We don’t have to charge the stronghold alone. He has sent his Spirit to live within us as individuals and among us as God’s Church. If we’re going to be victorious in this fight, if we’re going to tear down the strongholds of our enemy, then we would be wise to learn to hear the Spirit’s voice. We would do well to keep in step with him, never lagging too far behind or running too far ahead.

Remember, you are both a soldier and the battlefield in this spiritual battle. Whether you like it or not, if you follow Jesus, then the devil has declared war against you. He hates you, and he wants nothing more than to bring you down with him by convincing you to believe his many lies. Open your eyes to the strongholds in our culture and in your own heart and mind, and do everything you can in the power of God to tear them down.

Photo by Dušan Veverkolog on Unsplash.