Live Not By Lies by Rod Dreher 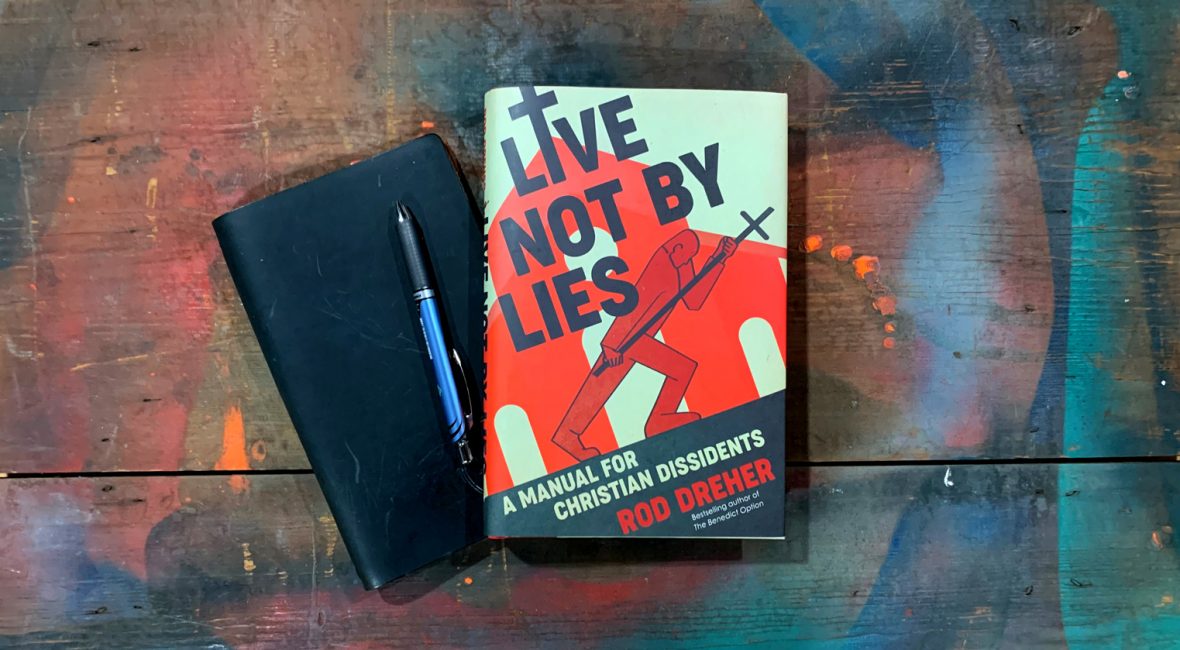 What Live Not By Lies Is About

The coming soft totalitarianism of woke progressivism will release a wave of persecution against Christians (and other dissidents) that the West hasn’t seen since the days of communism. This is the fundamental claim of Rod Dreher’s latest book, Live Not By Lies. Granted, this persecution may not be as overtly harsh, physically torturous, or psychologically cruel as the horrors meted out in the gulags of the Soviet system, but it is coming nonetheless. Already, the Wokesheviks (my term, not Dreher’s) are making lists of those who should not be allowed to work, and therefore live, in the post-Trump United States. Today’s Left has a totalitarian impulse that is unchecked by any religious sentiment, like the necessity for forgiveness or the foundation of agape love, because the Left’s politics are its religion. Therefore, we can expect the areligious Left of today to do what the areligious Left has already done, particularly under communist rule.

The memory of the evil of communism is lost on those under 30 because they never experienced it (just 57% of millennials believe that the Declaration of Independence better guarantees “freedom and equality” than the Communist Manifesto), but there are many alive today who bore the weight of these oppressive regimes and lived to tell about it. Live Not By Lies reads like a long, well-researched, and engaging newspaper article or magazine feature, as Dreher frequently relies on the first hand testimony of those who stood up to communism and were persecuted for it. Many of the communist survivors Dreher interviewed for the book express grave concern for the West, because they hear in our culture the echoes of the totalitarian lies that claimed tens of millions of lives in the twentieth century. They offer us invaluable lessons in perseverance and faithfulness, but we must also hear their calls to wake up and get prepared for what is coming.

What unnerves those who lived under Soviet communism is this similarity: Elites and elite institutions are abandoning old-fashioned liberalism, based in defending the rights of the individual, and replacing it with a progressive creed that regards justice in terms of groups. It encourages people to identify with groups–ethnic, sexual, and otherwise–and to think of Good and Evil as a matter of power dynamics among the groups. A utopian vision drives these progressives, one that compels them to seek to rewrite history and reinvent language to reflect their ideals of social justice.
…Under the guise of ‘diversity,’ ‘inclusivity,’ ‘equity,’ and other egalitarian jargon, the Left creates powerful mechanisms for controlling thought and discourse and marginalizes dissenters as evil.
Rod Dreher, Live Not By Lies, p. xi

Live Not By Lies takes its title from an essay of the same name by Alexander Solzhenitsyn, and in many ways the book is a less gut-wrenching, less horror-inducing version of Solzhenitsyn’s vital work, The Gulag Archipelago. To live by lies, Solzhenitsyn wrote, meant “accepting without protest all the falsehoods and propaganda that the state compelled its citizens to affirm…. Everybody says that they have no choice but to conform…and to accept powerlessness. But that is the lie that gives all the other lies their malign force. The ordinary man may not be able to overturn the kingdom of lies, but he can at least say that he is not going to be its loyal subject.” (17) Dreher warns that we are being taught to practice a form of ketman, which is “the Persian word for the practice of maintaining an outward appearance of Islamic orthodoxy while inwardly dissenting.” (16) Ketman is a sort of hypocrisy where one outwardly assents to wokeness but inwardly rejects it. This is dishonest, and ultimately corrupts the individual as he attempts to conform to the system while maintaining traditional or biblical convictions. Ketman is the fiction practiced by those cowardly souls who, under Soviet totalitarianism, turned in their neighbors to save their own skin.