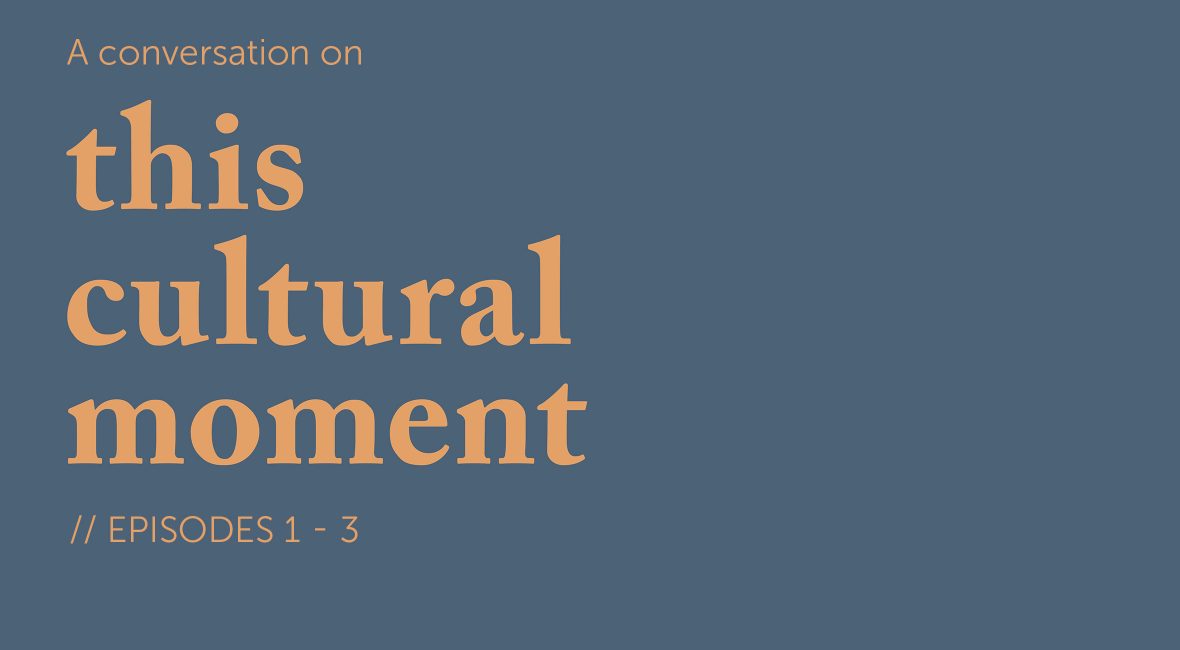 This Cultural Moment is an important podcast hosted by John Mark Comer and Mark Sayers, each of whom pastors a church in cities that are thoroughly post-Christian — Portland and Melbourne, respectively. This is a podcast that I believe every follower of Jesus ought to be listening to very carefully and discussing with like-minded people. In the audio above, I, along with my wife Breena and good friend Corey, discuss the first three episodes of the podcast. I highly recommend that you listen to all three episodes of the podcast first, and then listen to our discussion, which we hope will help you get a sense for how to apply the deep topics covered in This Cultural Moment to your own life and circumstances. Below you’ll find a brief of sketch of the big ideas from the first three episodes.

First Culture: A pagan, pre-monotheistic (for our purposes, pre-Christian) culture. Examples would be Europe before the Christian missionaries, Ancient Greece, etc. These cultures were very spiritual in that they believed in many gods and a strong connection between the material realm and the spiritual realm.

Second Culture: A Christian, or otherwise monotheistic culture. Examples of this would be Europe until the First World War, North America after colonization, or Israel from the time of the Exodus.

Third Culture: A post-Christian, materialistic, and thoroughly secular culture that defines itself against Christianity, specifically. Examples of this would be pretty much all of white, Western culture.

The mission movements that transitioned First Cultures to Second Cultures often included more than just the naked preaching of the Gospel. Rather than simply declaring Jesus Christ as Lord and Savior of all mankind, these missionary movements imported Western culture into Eastern and Southern contexts. We now have a word for this: “colonization.”

Just as some missionary activity colonized indigenous cultures (which was a huge mistake and sin), we now see that the Third Culture colonizes followers of Jesus. Well-intentioned believers who want to live “on mission” for Jesus very often find themselves transformed to be more like their unbelieving friends rather than helping those friends to become disciples of Jesus.

Mark Sayers describes the period from the late 1980s to the late 2010s as “the relevance period,” in which Christians tried to make the church cool enough to be accepted by the world. What we have learned in the time since then, however, is that the direction of the world has diverged significantly and accelerated rapidly away from Christianity. Whatever similarity there used to be between society and the Church (particularly in the West), it is long gone. Digital capitalism and the sexual revolution have seen to that.

In order to reach people in a post-Christian culture, it’s just not enough to be relevant. Relevance isn’t bad, it’s just not adequate. There is nothing that we can do to make the Gospel cool enough for a culture that defines itself by its rejection of the Gospel.

We cannot send people out into a post-Christian culture unformed. They need to be like Jesus, or they will be eaten alive. A significant problem that we experience in our churches today is the almost complete disappearance of the spiritual practices. For many young Christians the Bible is an obstacle to faith rather than the primary aid to faith that it has been for so many generations before us. Sayers and Comer agree that most of the believers in their churches are deeply anxious, relationally dysfunctional, have a sexual ethic shaped by the post-Christian culture, and are genuinely addicted to their phones.

This is a major problem for the Church, and there is no reason to believe that our leaders are any better off than the average monthly attender. Comer and Sayers sketch a solution that begins with discipling the leaders of your congregation. From there, because of widespread smartphone addiction, we have to reteach people how to live in community and practice the basic spiritual disciplines. The secret to formation isn’t a secret — we just have to do the things the Church has always done. We have to obey Jesus, do the disciplines, and have community.

If you have listened to the first three episodes of This Cultural Moment I’d love to hear your thoughts in the comments section. You don’t have to have listened to our discussion on it, but it might be helpful. If you haven’t discovered it yet, please take a listen and then come back and tell us what you think!