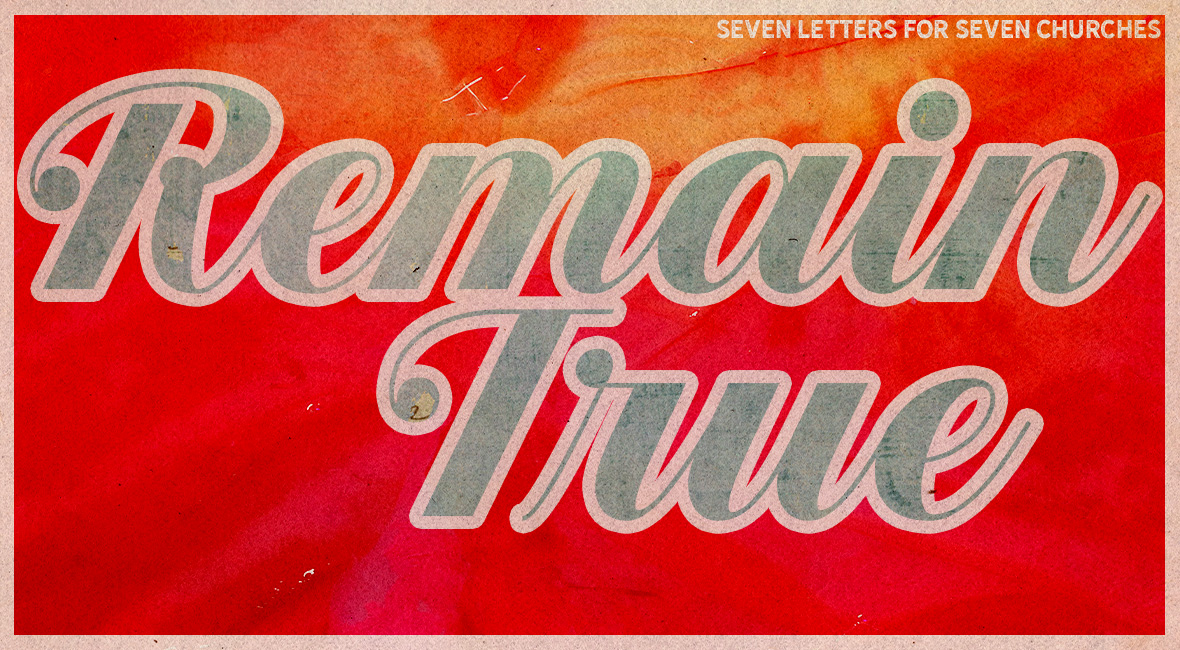 To the angel of the church in Pergamum write: These are the words of him who has the sharp, double-edged sword. I know where you live—where Satan has his throne. Yet you remain true to my name. You did not renounce your faith in me, not even in the days of Antipas, my faithful witness, who was put to death in your city—where Satan lives. Nevertheless, I have a few things against you: There are some among you who hold to the teaching of Balaam, who taught Balak to entice the Israelites to sin so that they ate food sacrificed to idols and committed sexual immorality. Likewise, you also have those who hold to the teaching of the Nicolaitans. Repent therefore! Otherwise, I will soon come to you and will fight against them with the sword of my mouth. Whoever has ears, let them hear what the Spirit says to the churches. To the one who is victorious, I will give some of the hidden manna. I will also give that person a white stone with a new name written on it, known only to the one who receives it.
-Revelation 2:12-17

Have you ever been somewhere and felt a dark, oppressive presence? Have you ever visited a house or a church and gotten angry for no apparent reason? Maybe there was just something about this place that felt off to you. Maybe you would go so far as to call it demonic. My wife and I felt this when we visited Las Vegas on the last leg of The Zekey Trip in 2014. I know that Vegas is considered “sin city,” so it has a reputation to uphold, but we had been pretty open-minded about staying the night there. It didn’t take long, however, for us to realize that this was not a place we wanted to be for long. (No doubt that some parts of Vegas are perfectly lovely, but this particular spot felt spiritually dark to us.) We stayed in the RV that night and left as soon as we could the next morning.

The spirit of a place can be dark and oppressive.

The spirit of a place can be dark and oppressive, and ancient Pergamum was such a place. Jesus even called it “the place where Satan has his throne.” That sounds pretty dark to me! Pergamum was a spiritual stronghold in a geographic sense, as the church there could attest, having endured the martyrdom of their bishop, Antipas, shortly before the writing of the book of Revelation. (See this article for more information on Pergamum.) Jesus’s praise of the Christians in Pergamum, “You remain true to my name,” demonstrates the power of their courage and character in the face of violent persecution and severe resistance from the dark spiritual powers who had made their home there.

It’s hard to remain true to Jesus in dark places because dark places are owned by dark spirits. Their presence is often manifested through human beings as false teaching, false religion, or cultic practice. This false teaching spreads from person to person as a majority of the community comes under the sway of the evil spirit. Sometimes evil spirits will possess a particular person in a horrifying way, but I think it’s more often the case that these spirits “hover over” a certain place as if they are governing it. And if you think this sounds a bit like Stranger Things, then you’re getting my point.

Dark spirits resist the presence and spread of Christianity through persecution and colonization.

These evil spiritual beings are invested in their own power and position, and the last thing they want to do is give any ground, spiritually or physically, to the kingdom of God. Dark spirits resist the presence and spread of Christianity, and will always seek to take out believers and churches who are trying hard to remain true to Jesus. These spirits tend to do this in two ways. The first weapon an evil spirit will use against Christianity is a blunt cudgel — persecution. Violence and oppression are effective means of eliminating a particular belief system or way of living, especially when that system is in its early phases. But as the system gains a foothold in a community, persecution is no longer a viable option. That’s when the second weapon of evil spirits comes out — colonization.

Colonizing a church is a more sophisticated weapon against the spread of Christianity. It’s also much more effective than persecution, even if it takes a lot longer to accomplish. To colonize a church means to take it over from the inside, to convert its leaders to the dark spirit’s preferred ideology or religion, thereby making it a culturally respectable institution of false teaching rather than a spiritually dangerous outpost of Gospel belief and practice. In America, a colonized church is one that teaches political ideology more than the Gospel — and this is true whether that ideology is conservative or progressive. (Christians in America need to wake up to the reality that there are dark spirits and false teaching to the right of us.) A colonized church looks and sounds almost exactly like the other respected institutions of its community. It takes up the same causes and harbors the same prejudices that the evil spirit has led the rest of the community into.

It is not easy to resist the colonizing efforts of the dark spirits in your community, much less to revolt against the presence of these spirits once they have placed their throne in your sanctuary. And that is what every dark spirit is trying to do. It is trying to smother the light of the Gospel and pervert the witness of the saints. It is incumbent upon us, in order to remain true to Jesus, to resist these attacks both in ourselves as individuals, and within our midst as a church body. There are many ways that we can do this, but I want to highlight two that I think are especially important today.

A colonized church becomes a culturally respectable institution of false teaching rather than a spiritually dangerous outpost of Gospel belief and practice.

First of all, we must understand what is false about false teaching. We live in a chattering and arguing age, and bad arguments do not help the cause of God’s kingdom. The ignorance of the saints actually empowers the darkness to spread further and thicker over our communities and into our churches. Let me be blunt: Your ignorant social media posts are making things worse. Spreading conspiracy theories is spreading darkness. Insulting other human beings and believing the worst of them is not how we are supposed to fight, because our struggle is not against flesh and blood. We are not fighting people; we are, in a sense, fighting ideas. We are fighting lies. And we need to educate ourselves about these deceptive ideas in order to be victorious over them. You don’t need to know everything about a subject before you speak about it, but you should be able to anticipate some objections and then respond by speaking the truth in love. Being victorious doesn’t mean that we win an argument or make someone else look foolish; it means that we have loved someone out of the darkness of these dark spirits and into the light of Christ.

The second thing we need to do to remain true to Christ is more challenging because it involves confronting people that we know, love, and respect. Jesus was critical of the church in Pergamum because of their tolerance — they let beliefs that were contrary to the Gospel fester in their congregation. We cannot tolerate false teachers, or even people who are invested in these lies, among our church leaders, and that includes pastors, elders, and staff. A church leader who is under the sway of a false teaching will bind that church to the dark spirit rather than to the Lord. Such people should be rebuked, and if they don’t repent, then they must be removed from their positions of authority. Paul warned us that “a little yeast works through the whole batch of dough,” and that’s exactly what happens through people who are under the deception of these lies. An entire church can be colonized by a dark spirit because of the deception of a single, well-placed individual.

But we need to be careful with our accusations. All too often it is the person doing the accusing who is under the sway of the dark spirit, and not the pastor or elder who is being accused. The Bible is clear that an accusation against a church leader should not be entertained unless it is verified by two or more witnesses. You need to check your own heart and mind, first, and the person that you should be most critical of is yourself. Dark spirits have a way of making their darkness look like light to our eyes, which is why they can so easily deceive us. You might be angry at your pastor for preaching the social gospel, but it could be your overly-conservative politics that is the real lie. Or you might think your elders are unloving because of their position on LGBTQ issues, but it could be that you have fallen under the sway of the sexual revolution. Examine yourself first, and be committed to remain true to Jesus in this dark and oppressed world.