The Distinctiveness of the Trinity 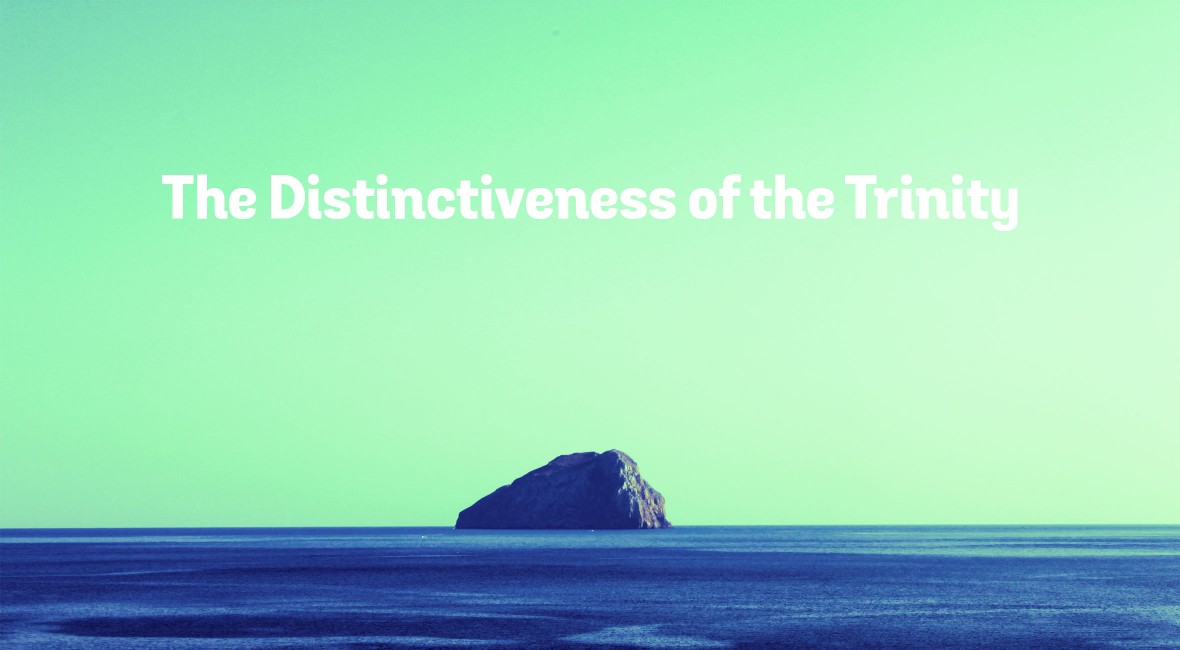 A professor at Wheaton has recently caused a stir by remarking that Christians and Muslims worship the same God. Although this professor is not in the Theology department, her statement has landed her on administrative leave. Many have chimed in with their thoughts on what Wheaton, an evangelical Christian university, should or should not do in this case. Thankfully, I am not an administrator at Wheaton (or any college…or in any capacity, for that matter) so I do not know what is appropriate in this matter. However, I would like to write a few words on the question at hand: Do Muslims and Christians worship the same God?

Do Muslims and Christians worship the same God?
Miroslav Volf, a theologian whom I respect and admire, has written a book called Allah: A Christian Response. I have not read his book, so I will not comment on its content. Scot McKnight, however, has read the book and interacted with it over several posts on his website, one of which can be found here. McKnight summarizes Volf’s assertions this way:


“When Christians and Muslims agree on the above six claims about God, then in their worship of God they refer to the same object” (110-111)

To be sure, these are significant similarities. But are they enough to qualify as being “the same”? (Volf does not take the word same to mean “identical,” but rather to mean “sufficiently similar.”) Does agreement upon these six theological points create sufficiently similar worship between Christians and Muslims?

The Trinity is such a radical concept that it completely changes the definition of the word “God.”
The characteristics of sameness, significant as they may be, are vastly outweighed by the most important elements of Christianity: the Incarnation of Christ (including, especially, his death and resurrection) and the coming of the Holy Spirit. Mark 1, John 1, Acts 2, and so many other NT texts show us that, in Christ and in the Spirit, everything we thought we knew about God has changed. God is not who we thought he was, and this idea is so radical and so pervasive that it took the Church centuries to finally formalize it in a trinitarian doctrinal statement.

As you can see in my response to Volf’s tweet about this issue (below), I believe that the Trinity is not a doctrine about God; rather, God is Trinity – which is to say, Trinity is God’s essence. When the Nicene Creed declared that Jesus is “God of God…Very God of Very God,” it was saying, essentially, that we can no longer talk about God without talking about Jesus. There cannot be a separation between God and Jesus.

@MiroslavVolf The Trinity is not something about God; God is Trinity. YHWH himself revealed in Christ that he is not all there is to "God."

The authors of the New Testament had already laid the groundwork for the Nicene statement on the Trinity. Here are a few examples:

“For in Christ all the fullness of the Deity lives in bodily form.” – Colossians 2:9

“The Son is the image of the invisible God, the firstborn over all creation. For in him all things were created: things in heaven and on earth, visible and invisible, whether thrones or powers or rulers or authorities; all things have been created through him and for him. He is before all things, and in him all things hold together. And he is the head of the body, the church; he is the beginning and the firstborn from among the dead, so that in everything he might have the supremacy. For God was pleased to have all his fullness dwell in him, and through him to reconcile to himself all things, whether things on earth or things in heaven, by making peace through his blood, shed on the cross.” -Colossians 1:15-20

In Christ (and in the Spirit), YHWH (the name by which God revealed himself to Moses, and whom Jesus called “Father”) has revealed that he is not the totality of “God.” In other words, there is more to God than YHWH. God is YHWH, Jesus, and the Holy Spirit eternally existing as one God. As Wayne Grudem puts it in his Systematic Theology, “God eternally exists as three persons, Father, Son, and Holy Spirit, and each person is fully God, and there is one God.” (Grudem, Systematic Theology, 226)

To say that Christians and Muslims worship the same God is to remove Jesus from the discussion, and to ignore the fullness of God’s self-revelation.
Volf’s six characteristics of sameness listed above are true, but they are at best secondary to that ocean of difference that Christ and the Spirit make between a Trinitarian understanding of God and all other monotheisms. This difference is the essence of Christianity, and I don’t see how any Christian theologian could faithfully assert that Christians and Muslims worship the same God. Based upon our core creeds, a Muslim cannot, by definition, be trinitarian. Neither can a Christian, by definition, be non-trinitarian.

Those who contend that Christians and Muslims worship the same God will argue that Allah is the same as YHWH. But, as I have attempted to show, this is irrelevant. Whether or not Allah and YHWH are the same God, YHWH alone is not the Christian God. The Christian worships Father, Son, and Holy Spirit as God. The Muslim rejects this as heretical.

The faithful Christian believes that YHWH has fully revealed himself in Christ, and that Christ is to be worshipped. The faithful Muslim does not believe that Allah has fully revealed himself in Christ, and therefore does not worship Christ. As usual, Jesus is what makes all the difference.  Since his incarnation, and especially since his death and resurrection, we are obligated to reinterpret everything we thought we knew about God. Jesus changes everything, especially our understanding of God. To say that Christians and Muslims worship the same God is to remove Jesus (and the Spirit) from the discussion, and to ignore the fullness of God’s self-revelation. Simply put, we do not all worship the same God because we do not all worship Jesus.