The Beauty of the Infinite by David Bentley Hart

The Beauty of the Infinite is a treatise on the aesthetics of Christian theology, a defense, as it were, of Christianity’s “rhetoric of peace” over against the rhetorical violence of modernity and postmodernity. The main idea of David Bentley Hart’s masterpiece (and it is, in my opinion, a masterpiece) could be stated like this:

The rhetoric of God is Jesus Christ, offered as pure gift. As gift, Christ is infinite peace. As both gift and the rhetoric of peace, Christ is beauty, the magnificent demonstration of the self-giving love of the Trinity which crosses all boundaries, even the boundary of death.

The Triune God is “the God who ‘others’ himself within himself and contains and surrenders otherness as infinite music, infinite discourse.”
In Hart’s own words, the book demonstrates “that one may speak, within the Christian tradition, of a rhetoric of peace, of a practice of rhetoric that is peaceful, because rhetoric and beauty are both already narrated by Christian thought as peace, obedient to a particular understanding of the infinite: beauty is prior to sublimity [tragic beauty] and infinity surpasses totality [the power of world systems]. Moreover, the concrete form of Christian rhetoric – Christ, the Father’s supreme rhetoric, his Word – appears within the terms of this Christian narrative of the infinite as the very form of peace, the infinite gesture of a love that simply exceeds the gesture of every violence brought against it, the real and visible beauty whose historical and aesthetic particularity invites response and variation and whose effect can inhabit time not simply as negation but as a practicable style of existence.” (413)

The premise that Christianity possesses, in Christ, a rhetoric of peace, is a challenge to the Nietzschean notion that all rhetoric is violence, that all speech is a strategy of power and domination. In addition to Nietzsche, Hart critiques trend-setting philosophers such as Heidegger, Foucault, Derrida, and Hegel. Admittedly, this is not the stream in which I normally swim, and I found myself an observer of a one-sided conversation which I hardly grasped. But the theology of The Beauty of the Infinite is where the book truly excels. Take, for example, this soaring bridge between parts one (the philosophical critique) and two (the theological treatise) of the book (you may want to have a dictionary handy – I made thorough use of mine!):

The God who goes to the outermost of being, in the form of a slave, and even past the limits of being into the silence of death, but who then nevertheless – and in just this particular and “slavish” shape – offers himself anew as a radiant and indestructible beauty, forever present in the midst of those who love him, has violated all Apollonian order and, at the same time, left no room for the Dionysian to occupy: the madness, turmoil, chaos, and cruelty of being, the ungovernable violence of the pagan infinite and postmodern sublime, is shown to be falsehood, lying everlastingly under the damnation of the cross, because the infinite that is has crossed all the boundaries of totality (even death, its defining horizon) and remained – forever – form. Nietzsche has every right to be appalled. Christian rhetoric, therefore, offers Christ as rhetoric, as beauty, but also has presence, mediated aesthetically by an endless parataxis of further ‘statements’ for just that reason all the more present (a presence that is rhetoric cannot be estranged from itself or made remote by the interminable deferral of rhetoric, so long as the style of its excess is sustained); the church’s only task is to enact and offer this form. As the story of Thomas’s doubt emphasizes, the resurrection of Christ imparts anew the real presence of this same Jesus of Nazareth, and in the power of the Holy Spirit he draws ever nearer, becomes ever more present, in an ever greater display of the various power of his presence. This is a beauty that does not hover over or beyond history, recalled as privation and hoped for simply as futurity, but pervades time as a music that now even the most frenetic din of violence cannot drown out. (148)- The Beauty of the Infinite 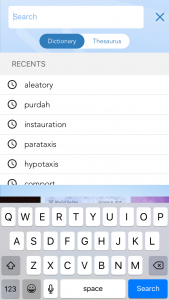 This is a small portion of the words I had to look up while reading David Bentley Hart’s The Beauty of the Infinite.

In other words, the God whose love has crossed all boundaries – even the final boundary of death, the greatest weapon of the empire – has done so in order to proclaim peace to all. God’s great Word – his son Jesus – is the final word of peace, spoken to a world whose Word is violence, particularly the violence of the cross. God speaks this Word of peace because he is, in himself as Trinity, infinite peace and infinite love. The bond of the Trinity is the bond of love, the self-sacrificing (agape) love that also desires (eros) the other. This Triune God is the God who speaks, who has spoken in Christ, “the God who ‘others’ himself within himself and contains and surrenders otherness as infinite music, infinite discourse.” (181)

The God whose love has crossed all boundaries – even the final boundary of death, the greatest weapon of the empire – has done so in order to proclaim peace to all.
After building upon the foundation of trinitarian doctrine, and demonstrating the necessity of this as the starting place of all theology, Hart moves onto creation. Against ancient thinking (and much modern thought, as well), Hart stresses that creation is a good gift given as an act of love. “Creation’s being is God’s pleasure, creation’s beauty God’s glory.” (252) The beauty of creation, rightly apprehended in wonder, draws us to God in delight, for it was in delight that the universe was first created, and it is God’s delight to remake it anew in the resurrection of Christ.

I have only scratched the surface (and a very light scratch at that) of The Beauty of the Infinite. There is far more to this work than I can possibly comment upon in this so-called review (as though an amateur could possibly hope to review the work of an experienced tradesman), but I can say with certainty that this is a resource from which I will draw again and again over the years.

The primary lesson of The Beauty of the Infinite, for me, was one that I observed indirectly, and that is the importance of the Trinity for all theology. Interestingly enough, I was reading through the section on the Trinity at the same time the professor at Wheaton got into all that trouble for saying that Christians and Muslims worship the same God. Hart demonstrates, perhaps indirectly, that the doctrine of the Trinity is more than a mere doctrine or statement about God; it is God’s essence, supremely vital to all theological reflection and faithful practice of the Christian faith. In order to understand God, and therefore to love him well, the Christian must begin with the Trinity. As I have written elsewhere, the Trinity is not something about God; God is Trinity.

The Father forever sees and infinitely loves the whole depth of his being in the Son, illumined as responsive love in the fullness of the Spirit, and in the always determinate infinity of his triune being God begets all the riches of being – all that all things might ever be – in the image and light of his essence; and thus God himself is already his own analogy, his own infinite otherness and perfect likeness. (248)- The Beauty of the Infinite

There is a great deal more that could go into this section, which is obvious if you have read the review thus far. Hart covers so much ground that is new to me, but also goes over familiar territory in new and exciting ways. There is much more that he could say about a number of things, and I did wish that he had spent more space going over the inherent violence that postmodern, liberal tolerance inflicts upon metanarratives, but the book had already surpassed the 400 page mark. Regardless, The Beauty of the Infinite is a resource to which I will no doubt turn again and again in my ministry.

This is, without a doubt, the most intellectually challenging book I have ever read. I wished, many times over, that I had been at least conversant with modern and postmodern philosophical trends, if not an expert in the field. Hart assumes the reader is familiar with the writings of Nietzsche, Heidegger, Foucault, and others – not to mention ancient sources. He even, at times, reproduces quotes in their original language, whether Greek, Latin, German, or French. My experience reading The Beauty of the Infinite was a repeated cycle of saying, “I don’t get it. I don’t get it. I don’t get it. WOAH! That’s powerful!” The parts that I did grasp, however, were well worth the vast pages and paragraphs wandering in the wilderness of ignorance. If you choose to read this book, persevere through it. You will not regret it.

« Previous post
What Are We Supposed To Do with the Old Testament Laws?
Next post »
The Distinctiveness of the Trinity