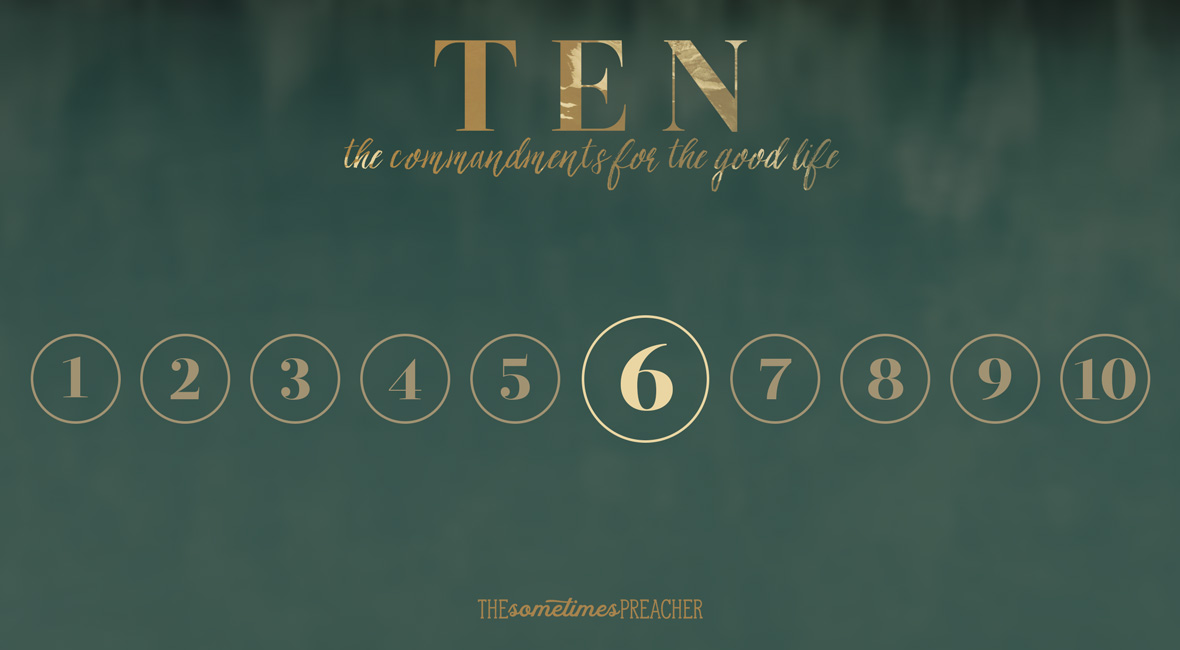 The brevity of the commandment leaves us with no wiggle room. There are no caveats, no exceptions made for difficult circumstances. The commandment does not privilege one life over another. It is sweeping in its simplicity and universal in its protection. Masters cannot kill their slaves. Husbands cannot kill their wives. Parents cannot kill their children. Natives cannot kill foreigners. This commandment has stood like a guardian angel over humanity for thousands of years, protecting the vulnerable and oppressed while establishing justice in its most fundamental form.

Watch out for those who claim to know who is and who isn’t a human being, for their hearts hold murderous intentions.

But the wickedness of mankind is ingenious. We have found the loophole that enables us to commit murder with a clear conscience. We simply say that the one we are killing isn’t really, or fully, human. If they aren’t really a person, then killing them can’t be homicide. In this way we have, and still do, justify our extermination of masses of Africans, Native Americans, Jews, and the unborn. Dehumanization is our key to unlock what our wicked hearts desire: justifiable homicide. “The natives are savages. Africans are subhuman. A fetus is just a clump of cells.” Watch out for those who claim to know who is and who isn’t a human being, for their hearts hold murderous intentions. Do not believe anything they say. They are murderers and their punishment is coming.

We hold that every human being is a human person, regardless of age, ethnicity, or ability. No one has a right to say who is and is not a human person. God has placed his image upon all of us, therefore all of our lives are sacred. Do not dehumanize. Do not murder.