Note: Unless otherwise indicated, all Scripture quoted in every post is taken from the NIV 2011.

1 Paul, an apostle of Christ Jesus by the will of God, and Timothy our brother, 2 To God’s holy people in Colossae, the faithful brothers and sisters in Christ: Grace and peace to you from God our Father.

This is a fairly standard opening to Paul’s letters, and follows the custom of the time. There are a couple of interesting things about this greeting, however. In his letters, Paul changed the customary Greek greeting (charein) to “grace” (charis), and he added the customary Jewish greeting of peace (Hebrew, shalom; Greek, eirana). Thus, we get “grace and peace” in many of his letters. This is a small, cultural change that reflects a deeper theological reality: Christians are people of grace and the true God is a God of grace. Our world is redefined by grace, so much so that it changes the way we communicate with each other down to the most mundane details. “’Grace’ pointed the readers to the basis of their new life in Christ, as well as the state of grace in which they were to conduct their lives.”[i]

Paul calls God “our Father,” and immediately afterward calls him “the Father of our Lord Jesus Christ.” There is significant, if unspoken, meaning for our relationship with Jesus here. Moreover, it is clear that we are to understand our relationship with God as familial – he is our Father and we are his children. This is a radical departure from the way the Colossians related to the Roman gods they worshipped in their old, pagan way of life. Though it was possible for a pagan to call Zeus or Jupiter his “father,” what that meant was that he owed everything to the god. But for the Christian, God the Father has given everything to, and especially for, him. Not only do Christians have a family-based relationship with God, they also are brothers and sisters of one another. God’s holy people, in Colossae, Ephesus, or wherever, are his personal family, bound up together in Christ. END_OF_DOCUMENT_TOKEN_TO_BE_REPLACED

The Fullness: Introduction to Colossians

Note: A blogentary is a “blogged commentary” on a book of the Bible. I am writing this blogentary on the epistle to the Colossians. My hope is that this commentary will be useful and encouraging to those ministers and laypeople who discover it. Subsequent posts will deal with small portions of the text, and will appear as I am able to finish them.

Maybe you didn’t know that certain books of the Bible have what scholars call disputed authorship. Lucky you. As it turns out, Colossians is one of those books. Traditionally attributed to Paul, the authorship of this letter has come under significant scrutiny in the past two centuries. Scholars point to differences of style and theology in Colossians (as well as Ephesians) when they compare it to the no-doubt-written-by-Paul books like Romans and 1 Corinthians. What are we to make of this? Is Colossians so obviously different from Paul’s certified letters that it’s possible he didn’t write it? And if he didn’t write it, what does that mean for us? What does it mean for the integrity of the New Testament?

We could just throw up our hands and say, “Well, it’s in the Bible, and I trust that God wouldn’t let anything get into the Bible that’s not supposed to be there. At the end of the day, it doesn’t really matter who wrote what. The Spirit inspired it. God included it. I believe it.” We could say that, but there’s really no reason to concede the authorship issue.

N.T. Wright has come to conclude that “the main reason why Ephesians and Colossians have been regarded as non-Pauline is because they fly in the face of the liberal protestant paradigm for reading Paul which dominated the scholarly landscape for several generations, but which has been undermined from more or less all sides over the course of recent decades.”[i] In other words, Colossians doesn’t fit the liberal template created in the 19th century. So rather than adjusting the template to allow for Colossians, the letter has been discarded as “non-Pauline.” END_OF_DOCUMENT_TOKEN_TO_BE_REPLACED

I’ve already written about some of the treasure I’ve found in this ancient writing, but I wanted to share what this author has to say about life in the early church. He gives us a vision for how an ideal church can live in, and relate to, an antagonistic society. This wisdom is a part of our faith heritage, and can be very instructive for us today. END_OF_DOCUMENT_TOKEN_TO_BE_REPLACED

My wife and I had an encouraging conversation last night. We spent some time talking about the kind of parents, spouses, and Christ-followers we sense God calling us to be. We encouraged each other to keep surrendering to God, to let him lead more fully in our relationship, family, work, and church. We prayed together, inviting the Spirit to fill us with his graciousness and self-discipline, confessing the areas where we fall short, and committing ourselves to walking closely with the Lord.

If you read and obey the Scriptures, you will become a “Paradise of delight” to God.
Part of this life-giving conversation was inspired by something that I read recently. This year I am primarily reading the church fathers, those ancient Christian writers who have so wonderfully set the table for the generations that have followed. For too long I have neglected these important voices, impoverishing my soul by their absence. Seeking to right that wrong, I am working my way through a volume of selected ancient writings called Early Church Fathers, edited by Cyril Richardson. While much of it feels distant, like a storm on the eastern horizon long since past, there are occasional thunderbolts that strike the ground upon which I stand. The Letter to Diognetus is one such blast.

I shared from this short work this past Sunday as I called the people of Hope Church to worship, and have included a quote in a post I wrote Saturday night. My intention is to write at least two more posts to draw attention to this powerful, though anonymous, letter. There is such depth here, but perhaps nothing in the letter compares to this short excerpt I read to my wife last night. END_OF_DOCUMENT_TOKEN_TO_BE_REPLACED

Continue reading
May 2, 2016by andy
Blog 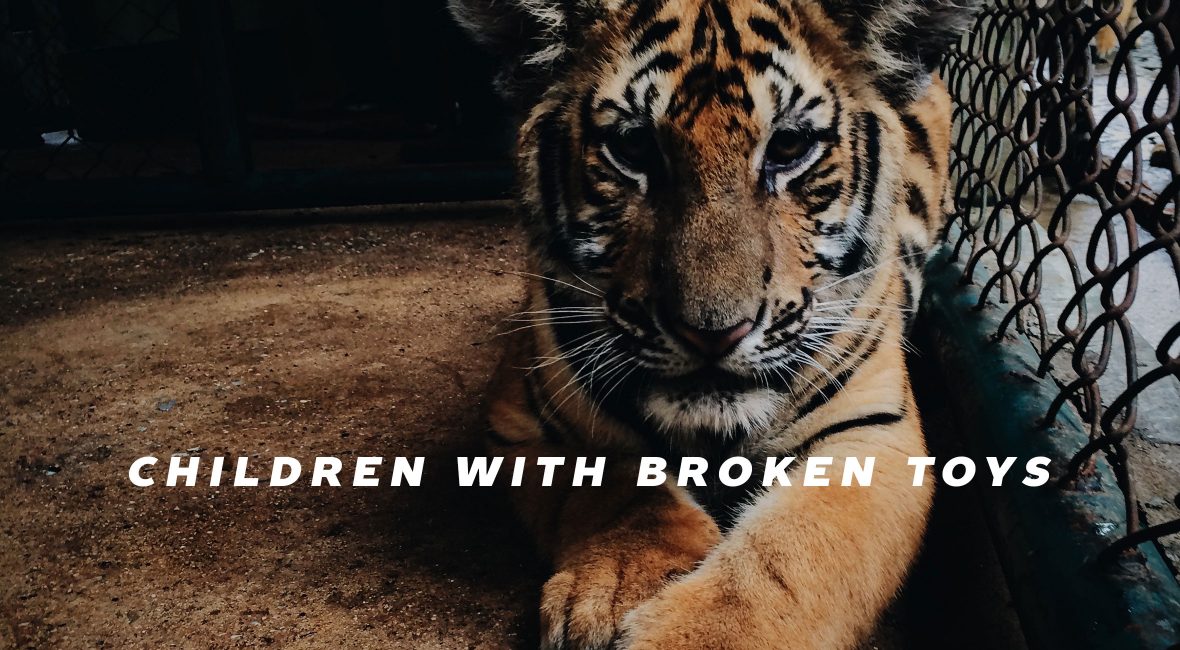 My oldest son loves big cats. He knows everything there is to know about every breed of tiger, panther, or lion. When a school report is due, he will finagle his way into reporting on the sad destruction of the Siberian tigers, the fate of the endangered big cats, or the hunting patterns of African lions. He is obsessed with carnivorous beasts.

To his everlasting disappointment, we purchased a dog as our one and only pet. If he had had his druthers, we would have bought a baby tiger, raising it in our cul-de-sac to be a ferocious killing machine. “Tigers are awesome because they’re carnivores,” he reasons. “But Mocha just eats dog food.”

While his love affair with all things carnivorous can be a bit tiresome (“No, Cyrus, you are not a carnivore,” I have said on multiple occasions), I find his affection for the animal kingdom endearing. In fact, it reminds me of the first, and eventual, calling given to humanity: “God blessed them and said to them, ‘Be fruitful and increase in number; fill the earth and subdue it. Rule over the fish in the sea and the birds in the sky and over every living creature that moves on the ground.’” (Genesis 1:28) My son’s love for big cats is an echo of the task which God first gave humanity – the wise care of the earth and the tender governance of the animals.