Submission is a loaded word. It carries a ton of cultural baggage because it has been used to keep women in a place of subservience to their husbands in particular, and to men in general. It’s a biblical concept that has been distorted and abused, but because it is biblical, it is meant to be life-giving and freeing. But how can we talk about in a way that honors God’s command, rather than supporting our particular cultural or political perspective?

I’ve already written about this important topic, and even spoke about it at Hope Church. But here’s the short version. When God commands wives to submit to their husbands, he does so within the context of Genesis 1 and 2, not Genesis 3. In Christ, God is making all things new. That means that he is recreating the world so that it aligns with the original creation, before sin came in and messed everything up. So when God issues commands in Scripture, he does not do so to support the curses of Genesis 3 or to uphold the fallen state of the world. Rather, his commands in the New Testament are always issued with his new creation in mind.

So when it comes to the issue of submission in a marriage, our model cannot be Genesis 3:16, where God says to Eve, “Your desire will be for your husband, and he will rule over you.” This is part of the curse, the same curse which Jesus died to reverse. Instead, our model must be Genesis 1:27 and 2:23. In the first passage, God declares that he has made humanity, both male and female, in his image. And in the second, Adam sees Eve for the first time and rejoices, “This is now bone of my bones and flesh of my flesh; she shall be called ‘woman,’ for she was taken out of man.”

In this context, submission assumes the equality of the sexes. God, in Christ, does not elevate women to a status slightly below men. Instead, he invites wives to participate in the humility of Christ, just as he invites husbands to participate in the self-giving love of Christ. This, of course, does not mean that men need not be humble and women need not be loving. It simply means that each partner has a role to play in the lived demonstration of the character and work of Jesus.

After all, as Paul says in Ephesians 5, our marriages are living metaphors of the eschatological marriage of Christ and the Church. Christian marriage is a sign that the Church is the Bride of Christ and that Jesus will return someday to betroth us to himself forever. It is not simply a promise to one another, but to the world – the promise that history ends with a wedding, not a funeral. This is the picture of marriage into which submission so appropriately fits.

What’s your favorite church song? There are a lot of good ones out there. A lot of bad ones, too. Not to sound too crotchety, but there’s one song in particular that just aggravates me. I don’t know who wrote it, but the offending line goes like this: “like a rose trampled on the ground, you took the fall, and thought of me above all.” I think I just threw up in my mouth.

Church songs are meant to be rich with theological truth, not sweet with saccharine pop song lyrics. Paul told the Colossians, “Let the message of Christ dwell among you richly as you teach and admonish one another with all wisdom through psalms, hymns, and songs from the Spirit, singing to God with gratitude in your hearts.” This verse can guide us as we gather together to sing at church.

As we sing psalms and hymns to God, we are simultaneously praising the Lord and teaching one another. We learn by singing. (Daniel Tiger, anyone?) Therefore, the message of Christ should be richly present in our music.

When the message of Christ dwells in us richly as we sing psalms and hymns together, we ourselves become enriched. Singing about the Gospel honors God and encourages us in our faith. We receive the riches about which are neighbors are rejoicing!

So next Sunday, as you’re praising the Lord in church, remember that you’re doing more than singing. You’re teaching those around you, and you’re learning from them at the same time. Singing together builds up our faith and brings glory to God. So sing with all your heart! 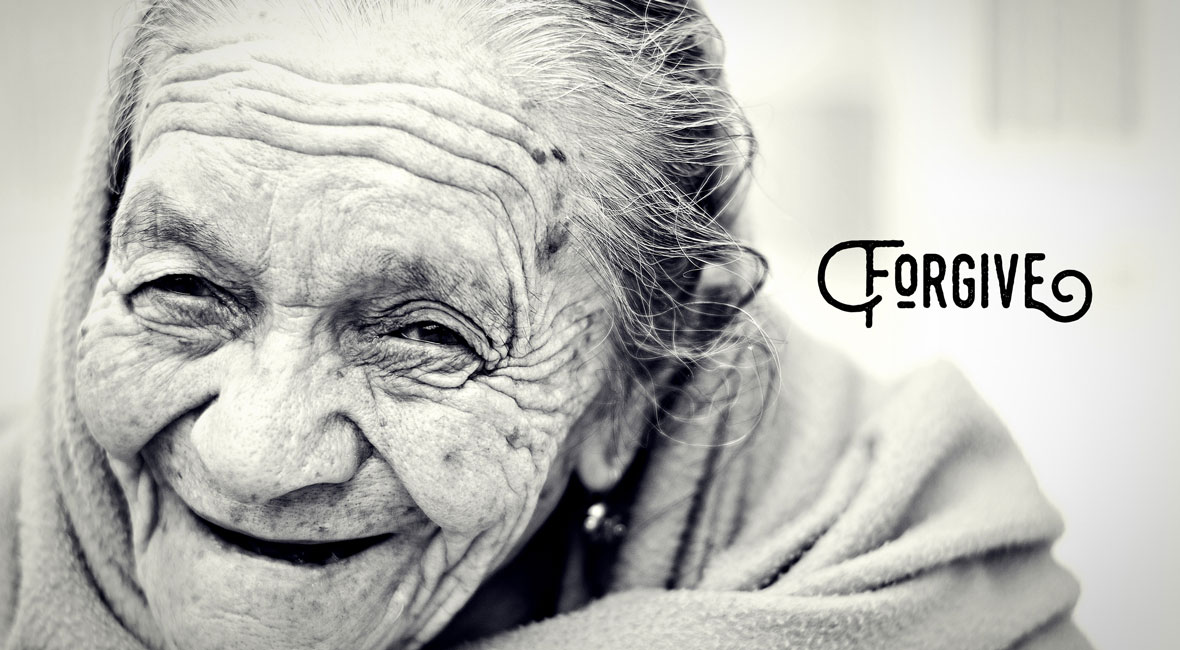 Have you ever thought about how you want to age? Maybe that’s a weird question, but it’s something that I think about all too often. And I’m not talking about aging physically. How do you want to age emotionally? Spiritually? Mentally? What kind of person do you want to be when you’re 70, 80, or 90?

One of the things that I’m terrified of becoming is a bitter old man. It’s one thing to be crotchety (which I already am!). It’s another thing to be spiritually poisonous. I don’t want to become the grandpa whose kids and grandkids don’t want to be around because he’s always complaining, cutting others down, or is consistently expressing bitterness and negativity.

I learned a long time ago that the key to aging well is learning to forgive. Not only does forgiving others improve our spiritual state, but it’s being proven to increase our physical health, as well. When we forgive someone, we let go of the need to be paid back, to come out ahead, or to be proven right. Forgiveness uproots the saplings of bitterness. Learning to forgive quickly and thoroughly prevents the development of bitterness because you have let go of the things that bitter people hold onto.

But you might be thinking, “That sounds wonderful, but you have no idea what that person did to me.” That’s true. I don’t. But God does. God knows all the sinful things that every person has done, whether it’s the things you’ve done to others, or the things others have done to you. And he has forgiven all of them at the cross of Jesus.

Paul tells us in Colossians 3:13, “Forgive as the Lord forgave you.” With his dying breath, Jesus cried out on the cross, “Father forgive them, for they know not what they do.” What a dramatic moment of forgiveness, and what a breadth of forgiveness he has offered! This is the example for us. This is how we are to forgive, with radical disregard for our own rights.

Identity politics are a hot button issue these days. Self-identification has become a vital component, not just of personal understanding, but of social politics. It seems that we can self-identify as anything we want, without respect to our physical bodies. Identity politics are about the soul, we’re told, not just the body. What’s on the inside is what truly counts.

What makes this so interesting, for Christians, is that it sounds like Christian teaching. We believe, of course, that the heart is the focus of regeneration, that sanctification flows from the inside (from renewed thoughts and desires) out, and that becoming like Christ means imitating his character, not simply his actions. A Christian would have no trouble agreeing with the statement: What’s on the inside is what truly counts.

Where the difference lies, however, is that Christian doctrine proclaims the need for internal change, and that this change is a person. It’s not what’s on the inside; it’s who’s on the inside. Christian identity is not wrapped up in what I believe myself to be, but rather in who has saved me from my sin. As Paul says in Colossians 3:11, “Christ is all, and is in all.”

This means that, before you are anything else, you are a Christian. Your identity in Christ is the spring from which all your self-understanding flows. You are not who you think or feel you are; you are who Christ says you are. By faith, you are in God’s family. If you have placed your faith in Jesus Christ, you are, more than anything else, a child of God.

More than anything else, this is why Christians oppose the identity politics of our culture. It’s not because we are grossed out or think people are being ridiculous. It’s because we know there is a better way. There is a better identity. And his name is Jesus. 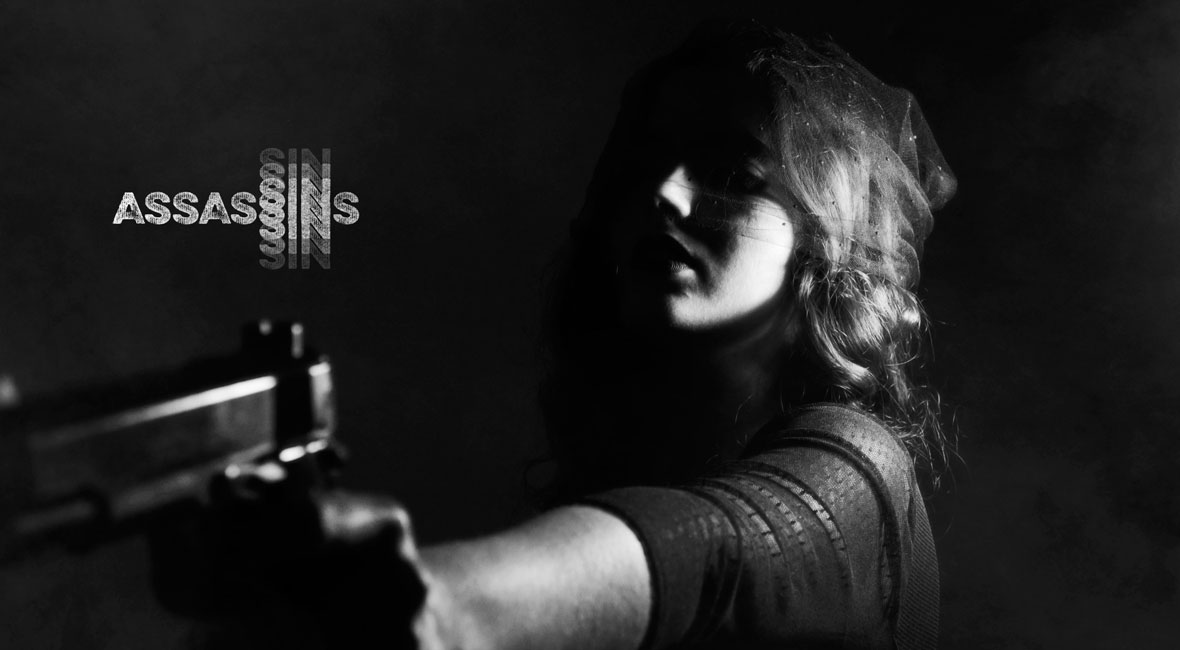 Assassins in the movies are always portrayed as cool, smart, and prepared for anything. They’re always one step ahead of their target, usually with a sarcastic quip immediately following their deadly shot. You’ll never see a bumbling, unmotivated assassin in the movies. Movie assassins don’t tell dad jokes. That kind of character just isn’t believable.

In Colossians 3:1 Paul commands believers to “put to death whatever belongs to your earthly nature.” He tells us to be sin assassins. We’re supposed to kill the sin that is a part of the old self, but which still hangs around tempting us to return to that worthless way of living. The assassins we see in movies provide an excellent example for how we should go about killing sin. 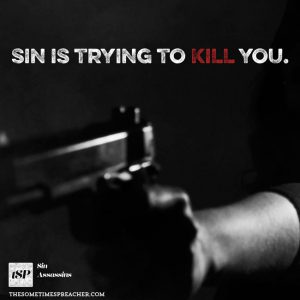 First, we have to be cool. Sin thrives when we are irrational, exhausted, or stressed. Staying cool, in this context, means staying under control, emotionally. It is akin to the spiritual fruit of self-control. Stressful situations wear us down, emotionally, which creates an opportunity for temptation. It is harder to resist temptation when we are worn out. That’s why it’s important to maintain self-control no matter the circumstances.

Second, we have to be smart. We need to understand ourselves and the sins we are most prone to commit. Just as importantly, we need to know the devil’s tactics and how he likes to tempt us. Knowing our weaknesses and the devil’s schemes allows us to effectively put to death the sins of our earthly nature.

Third, we have to be prepared. This means stocking up on ammunition, which is the word of God. You cannot effectively kill sin if you don’t have any bullets! We need to store up Scripture in our hearts and minds. This can be done by memorizing individual verses, doing daily devotions, or taking on a Bible reading plan. Knowing the Bible is the best preparation for attacking sin.

Sin is trying to kill you. It’s trying to drag you away from Christ and prevent you from living his life in your body. You can’t afford to take it easy on sin. You must be merciless. Assassinate the sin in your life by being cool, smart, and prepared for anything.