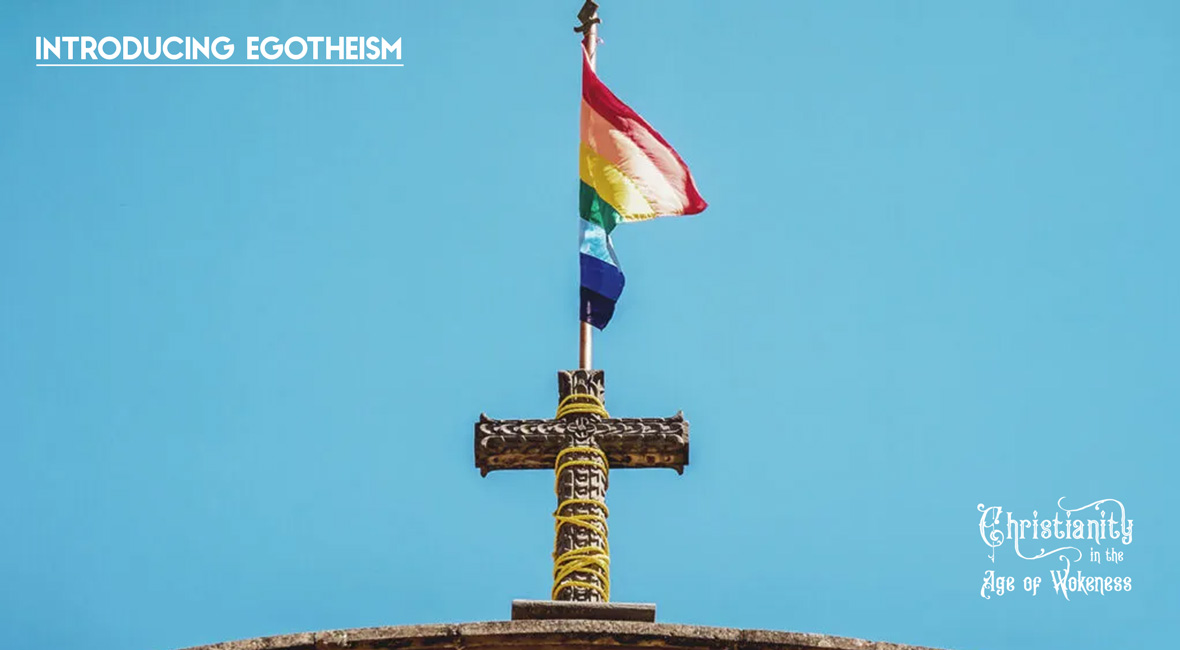 Over the last several essays I have worked to piece together a definition for Wokeness that is both accurate and fair. My intention is to give readers the proper categories by which to understand the Woke phenomenon so that they can see it for what it truly is. The definition at which I have arrived is: Wokeness is critical awareness of, political advocacy for, and social activism on behalf of certain Western identity groups as those groups come into conflict with existing power structures as defined by certain identity characteristics. This, of course, is a terrible definition as far as these things go, notwithstanding whatever accuracy has been achieved in the attempt to define Wokeness. It might be a true statement, but it is hardly memorable, much less of any use to anyone in the course of their daily lives. In this essay I will attempt to hone that definition and couch it in terms that more deeply resonate with ordinary people. To that end we must explore the religiosity of Wokeness in order to ascertain its true nature.

Before we turn to Wokeness, however, we must first seek to understand the nature of religion. What makes something a religion? Is there a difference between religion, ideology, and philosophy? We often hear people say things like, “His religion is football,” or, “She exercises with religious devotion.” What do we mean when we say things like this? The word “religion” communicates something deep and profound, which must mean that religion itself is a serious and weighty thing.

Various dictionaries define religion in different but related ways. The following is a brief survey of dictionaries available online: 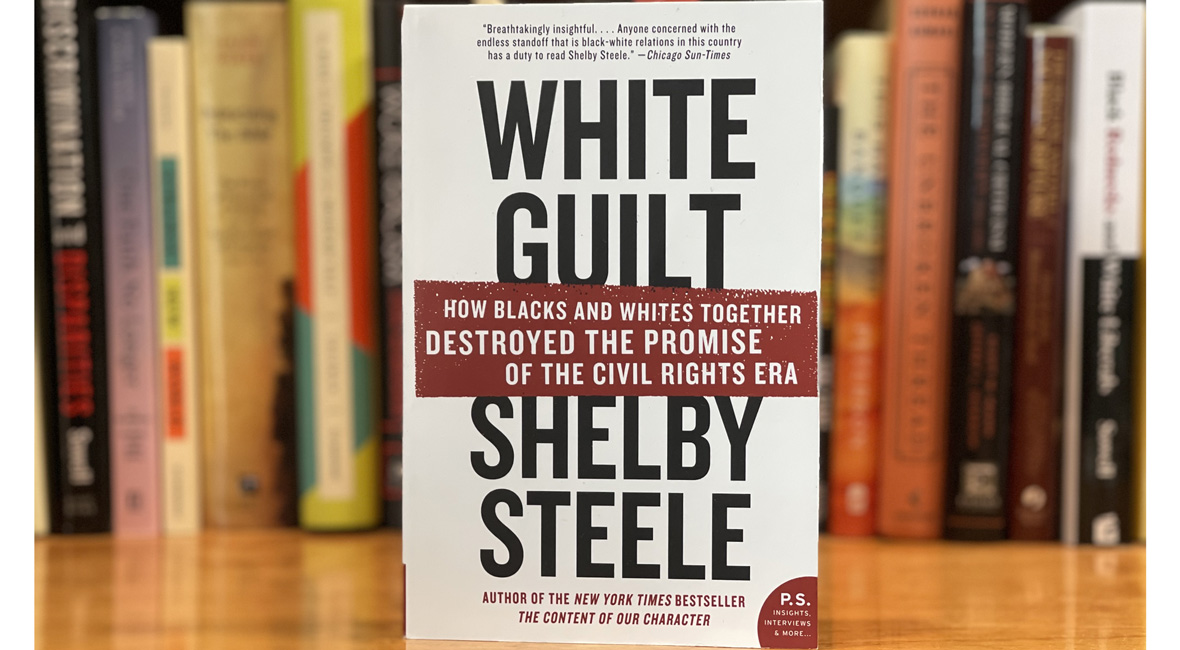 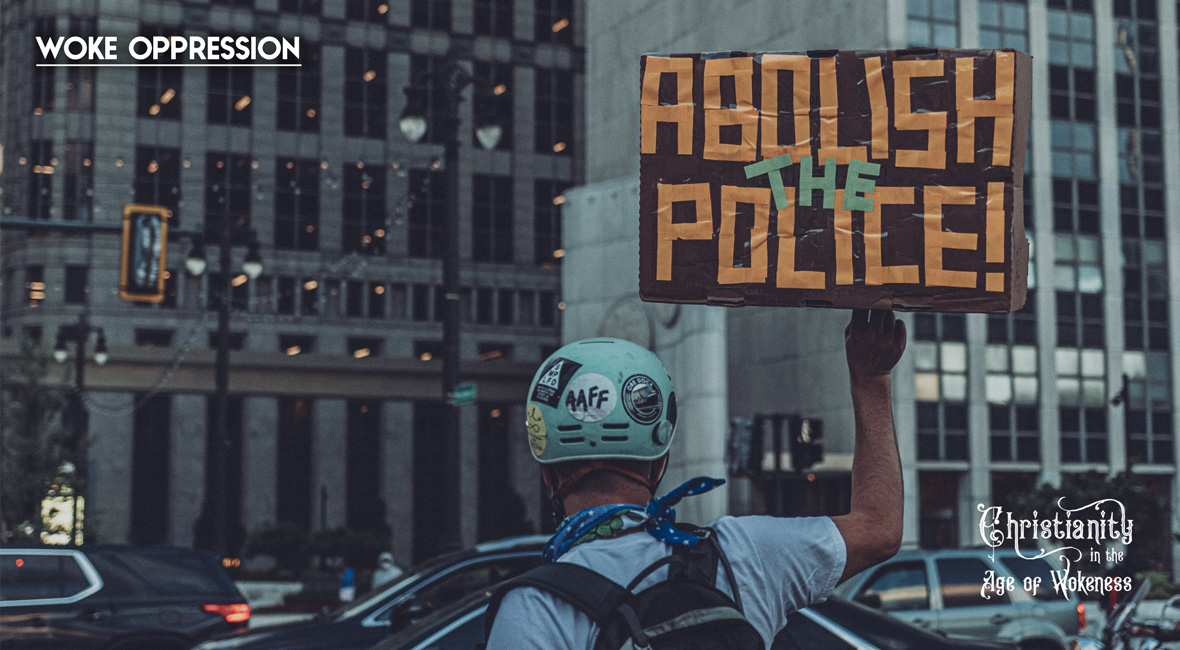 We have, thus far, defined Wokeness as “compassion for the oppressed.” This definition, however, is not as straightforward as it might appear. In the previous essay we outlined the three elements of Woke compassion: critical awareness, political advocacy, and social activism. With this understanding of Woke compassion in mind, we come to the following definition: Wokeness is critical awareness of, political advocacy for, and social activism on behalf of the oppressed. But who are the oppressed? And just as importantly, who are their oppressors? Let us now seek to understand oppression in Woke terms.

While the following idea will be discussed in more detail in future essays, it is important to state that Wokeness is a manifestation of cultural Marxism. This means that the principles of Marxism, particularly the oppressor/oppressed group conflict as the foundation of history, underlie Wokeness, even if they are applied in different ways. Cultural Marxism is the application of Marxist theory to cultural institutions like family, religion, art, education, law, etc. In traditional Marxism, where the conflict is primarily along economic lines, the oppressors are the upper class and the oppressed are the working class. Cultural Marxism takes this power-conflict out of the material world, the world of economics, and places it in the psychological world, the realm of thoughts, motivations, and desires. Thanks to the work of Sigmund Freud, the Frankfurt School, Antonio Gramsci, Wilhelm Reich, and others, the Marxist history of group conflict is now internalized and personalized. The result is that now one is free to see the oppressor/oppressed dynamic at work in every aspect of society and culture, and especially in one’s own personal life, often simmering just below the surface, in the subconscious of both groups and individuals.

Because of cultural Marxism, one is free to see the oppressor/oppressed dynamic at work in every aspect of society and culture, and especially in one’s own personal life.

“The psychologizing of oppression and the placing of it at the center of the history of human society plays directly to the idea that history is something to be overcome. After all, [according to Marx] the history of humanity is the history of oppression and victimhood. In Marx this was understood in economic terms, but from the mid-twentieth century onward it became psychological.”[1] If oppression is psychological, then it is also personal. If it is personal, then it is also subjective, an experience of one’s interior world. The oppressed person is now understood to be the victim, not only of acts of oppression against himself as an individual, but of all historical acts of oppression, persecution, bigotry, etc. committed against the group with which he identifies. For example, in Cultural Marxism, African-Americans perpetually belong to the victim class because of the history in America of African enslavement. This is true regardless of whether or not individual African-Americans wish to understand themselves as victims or oppressed. There is no opting out of the oppressor/oppressed dynamic in Wokeness. One can, however, be booted from one’s privileged position as victim by having the wrong politics, as the Los Angeles Times made clear when they opined that Larry Elder, a black conservative running for governor of California, was “the black face of white supremacy.”[2] 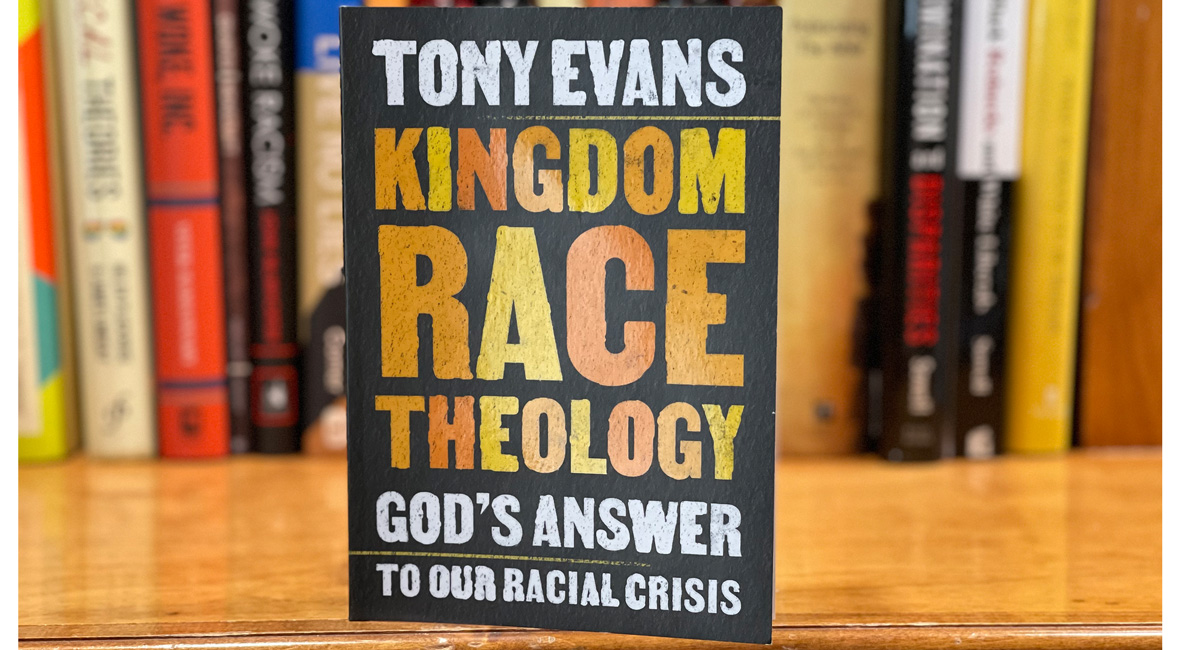 Kingdom Race Theology is Tony Evans’ biblical response to the secular, and Marxist, doctrine commonly known as Critical Race Theory. Evans is a “kingdomologist,” which means that his understanding of the Christian faith is centered on the biblical concept of the kingdom of God, which he defines as “the visible manifestation of the comprehensive rule of God.” (11) This little book is a primer on a kingdom approach to race, justice, and the unity of the Church. While he does not unilaterally reject Critical Race Theory, Evans is quick to point out that is both insufficient and divisive, and more importantly, that it is unbiblical. Even so, the Critical Race Theorists may have some good points worth considering, even if the solutions of people like Ibram Kendi and Robin DiAngelo fall short of God’s kingdom standard. The answers of CRT will never work, because “the solutions to the issues we face today are found only by applying a biblical and divine standard as answers to the questions before us.” (7)

Evans is careful to provide clear definitions for terms like racism, systemic racism, biblical justice, and other concepts that tend to get obfuscated in the broader cultural discussion around race. He defines his most important term, Kingdom Race Theology, this way: “The reconciled recognition, affirmation, and celebration of the divinely created ethnic differences through which God displays his multifaceted glory and advances his rule in history. God displays his glory through us while his people justly, righteously, and responsibly function in personal and corporate unity under the lordship of Jesus Christ.” (45) Ephesians 1:10 tells us that God’s will is “to bring unity to all things in heaven and on earth under Christ.” This unity brings glory to God, and like everything God does on earth, is primarily accomplished through human beings. Human beings are created by God with ethnic difference, and therefore God’s will is to work through the variety of human ethnic groups to bring this unity into being, which is for the praise of his glory.

The first episode of the podcast is available for anyone who wants to listen, or watch, because as of right now we are only posting the video of our conversations online. Once we get some things ironed out we will create a podcast feed for Apple Podcasts, or wherever else we can figure out where to publish it. We originally called the podcast The Neighbros, but discovered after posting it to YouTube that some other dudes are already using that name. So it’s back to the drawing board for a podcast name now.

In this episode, Corey and I introduce ourselves and hit the highlights of my first essay in the Christianity in the Age of Wokeness series, Woke Apocalypse. We talk about the ongoing cycle of beasts and antichrists as the book of Revelation plays out over the past 2,000 years, and how Wokeness is the beast of our current age. We also talk about how God’s will, as revealed in Ephesians 1, is to unite all things in heaven and on earth under Christ. The present work of the beast through Wokeness is to divide humanity, pitting people against each other based on identity markers. In podcast episode 1 we go on to discuss the nature of evil, and how it can be identified by the presence of lies and deception. We also talk a bit about the difference between growing in our understanding of faith and deconstructing our faith.

If you’re interested in following along with the discussion, feel free to subscribe on YouTube. Even though the name of the podcast will change, we’ll still be posting all future episodes on that channel. We’d also love to hear from you! If you have a question or comment that you’d like for us to discuss on future episodes, go ahead and leave a comment either on this post, or on the video on YouTube.