One of the best parts of my job is that, from time to time, I get to buy some new books. Last Thursday I order eight books from amazon.com and they arrived today. I’m a little excited. Okay, I’m a lot excited! I know, I know. I’m a total nerd. But, because the odds are good that you are also a nerd, here are the books that arrived today.

Warranted Christian Belief by Alvin Plantinga. I’ll consider myself brilliant if I a) finish this book and b) understand ten percent of it. Woohoo! 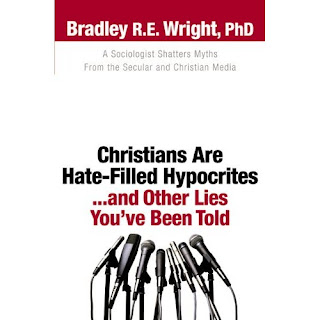 Christians Are Hate-Filled Hypocrites…and Other Lies You’ve Been Told by Bradley Wright. I saw this over at Scot McKnight’s blog, the Jesus Creed, and I’m very much looking forward to reading it. What a provocative title!

Ancient Near Eastern Thought and the Old Testament by John Walton. Yep, I’m a nerd.

God is Great, God is Good by William Lane Craig, et. al. I’ve never read anything by Craig, who does a lot of apologetics, but this caught my eye. I’m looking forward to hearing from the various authors, most of whom I’ve not read anything else.

The Bible Among the Myths by John Oswalt. Yep! I’m still a nerd!

The Lost World of Genesis One by John Walton. This is the one I’m most looking forward to. I saw it reviewed by James-Michael Smith at the Discipleship Dojo and immediately wanted to read it, but haven’t had the opportunity to get it until now. I think if there’s one chapter in the Bible we’ve gotten wrong it’s Genesis 1. (Actually, you could probably say Genesis 1 and 2 and Revelation 21 and 22 are the most misunderstood chapters in the Bible. Funny how we’ve gotten a lot of the stuff in the middle but missed the stuff at the beginning and the end.) This will be my next book review, but don’t expect it this Friday. My schedule has picked up a bit so I don’t have as much time to read, more’s the pity.
July 6, 2010by andy
Blog

I preached a sermon at dia•spora last Sunday night. It’s a reflection of a lot of what I’ve been thinking about church leadership and Ephesians 4:11-16. You can find it at the top of the sermon player on the right side.

There Will Be Rapture

I’d like to take a brief break from my study of Ephesians 4 and look at a different text for a different reason. I recently blogged about my disbelief in the Rapture, and I also tried to exegete two important Rapture passages: 1 Thessalonians 4:13-18 and Matthew 24:36-41. A friend of mine, who is having his own journey of faith with the Rapture, asked me about John 14:2-3, which is another famous Rapture passage.

These words of Jesus are a small but crucial portion of the tender and bittersweet Last Supper scene in the Gospel of John. Jesus is trying to comfort the disciples by painting a vision of what life will be like after The End. These words are, indeed, very comforting in that they assure us that Jesus will return for us someday.

The Rapture adherent sees in this text the basic structure of the Rapture event: Jesus comes back after an indeterminate period of time and takes us back with him where he came from. Whatever else happens can’t be determined from this text, but it is a very important piece of the puzzle.

But, rather than being an explanation of the timeline of the end times, this is marital language. In those days, before the wedding day, the bridegroom would build a house next to (or, more likely, an addition on) his parents’ house for he and his bride to live in. This could take any amount of time, which heightened the suspense of his return. He would come for his bride only after he had finished building their house. Jesus is saying, essentially, “I am the bridegroom and you, and all who believe because of your testimony, are the bride. I’m going away now to get everything ready so that, when I come back, we can have a wedding.”

This language might be a bit odd to us, and it may have been odd to the disciples, too. But they knew their Bibles, and the knew the stories of Sinai and Hosea and Isaiah. They knew what Jesus was getting at here: This is God consummating the covenant promise of Sinai (and redeeming the wrecked love story of Hosea) through Jesus and the reconstituted Israel, represented by these twelve disciples. (Twelve disciples = Twelve tribes.) God is saying, “What I have always intended to do—betroth humanity to myself—I am now doing through my Son, and all who believe in him are the beneficiaries. They will become my bride.” Jesus is using contemporary, marital customs to describe cosmic redemption. He is saying, this is a marriage—a marriage for which the marriage between a man and a woman is but a shadow—and I will come again some day to claim my bride.

Now here’s the really amazing part: What is “my Father’s house”? That’s the temple. But Jesus isn’t going back to the temple in Jerusalem, he’s going back to the temple in Heaven, of which the Jerusalem temple is a crumbling replica hastily built in miniature. But we also find out, from Paul, that the new temple is not a building at all—it’s us. We are the temple of God. And when you pick up the subtle hints in the book of Revelation (think marital language, building on this very passage) you see that the New Jerusalem is not really a huge golden city hurtling through space until it finally lands on planet earth—no, it’s us. We are the New Jerusalem. And as the Jerusalem temple is to Heaven’s temple, so the Church is to the New Jerusalem. In other words, the place that Jesus is going to prepare for us…is us—the fully redeemed, renewed, recreated, resurrected people of God. That is what Jesus is at work preparing even now.

Jesus has gone to his “Father’s house”, not to make us mansions in heaven, but to make us, through the power of the Holy Spirit, a Bride fit for himself. If there is rapture it is because there will be everlasting joy when Jesus presents us—fully and completely ourselves as we were always meant to be—to himself in the fullness of eternal communion and glory. So yes, there will be rapture. But not the rapture of escape from trial and tribulation. Rather, there will be the rapture of the fullness of joy at our becoming a bride worthy, because he has made us so, of the King of kings and Lord of lords.

I meant to come back to the issue of biblical leadership structures last week but I got a last minute preaching assignment and my brother-in-law got married, so the blog had to go on hold. But I want to begin to provide an answer to the question: Is there a biblical mandate for church leadership structures?

In a previous post I said that I did not think there was a biblical mandate, but I should modify that. My understanding now, after studying and preaching on Ephesians 4:11-16, is that the church is most healthy when [at least] five people are operating as an apostle, a prophet, an evangelist, a pastor, and a teacher. Each brings a unique and necessary perspective to the task of equipping the church to do the work of the ministry, and there is tremendous value in hearing five voices speaking harmoniously on the deep things of God.

These five people must be at least five people–they can’t be just one person! In that instance, the church is bound to become either imbalanced (because the one person will inevitably emphasize one perspective) or idolatrous. The danger of the senior leader, pyramid structure of church leadership is that the congregation can, quite easily, make that man into an idol. This is, of course, a horrible perversion of the gospel and the calling of God on that man’s life. I just don’t see the biblical, New Testament church operating with this structure–and where it did, men like Paul and John seemed intent on correcting it.

I believe the biblical model of church leadership is best represented by the image of, not a pyramid, but, the human body. Christ is the head and we are the body, and every individual plays a significant role in the growth of the body. This means that the one at the top is Jesus and no one else is any more important than anybody else. This is the crucial point: Nobody is more important than anybody else. And these five people that we find in Eph. 4:11 are not the leaders of the church, they are its lowliest servants. They serve the servants of God.

Last month our church took an offering for an organization called Pregnancy Decision Health Center that helps women navigate the difficult waters of choosing not to have an abortion. I signed up to volunteer with them, but since I’m a dude there’s not much I can do for them on site. So I pray and I get their newsletter, which I think comes monthly because I got my first one today. The anonymous testimony included moved me so much I wanted to pass it along to those of you who read this blog.

Recently a young woman called the Hotline as she was preparing a party for her son’s first birthday. She tearfully told the Hotline worker that when she had become pregnant with him she had been planning to have an abortion. In fact, she was headed to an abortion clinic when someone told her about Pregnancy Decision and the services that we offer. She decided to walk-in to our office. She said that when she went in she was greeted with love, kindness, and respect. After talking with our consultant and hearing more information about her options and the support that was available she said she knew she would parent. When she called the Hotline, a year and a half later, she told the consultant that it was the BEST decision she has ever made! She has been so incredibly happy this past year and wanted to call and thank all the people at the office for everything. She is truly grateful to the Pregnancy Decision for the help she received and the blessing of her son.